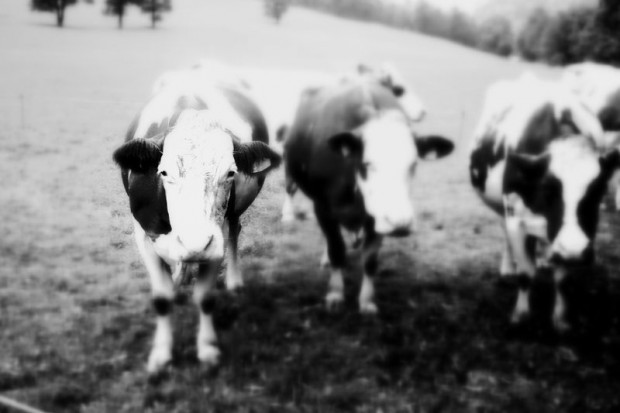 At least four other US states- Iowa, Montana, North Dakota, and Kansas have similar laws on the books.

[dropcap1]W[/dropcap1]histleblowers Bradley Manning and Edward Snowden have become familiar names in the worldwide press. Manning was convicted by a kangaroo military court in July for exposing America’s hideous war crimes in Iraq. Snowden, a National Security Agency sub-contractor, leaked the story of the NSA’s massive warrantless surveillance of the American public. Snowden, keenly aware of the US policies of indefinite imprisonment and torture without charges, fled the United States to avoid retribution by a government apparently at war with anyone who dares expose the truth. Now add to the list of whistleblowers Amy Meyer, a 25 year-old woman charged in Utah earlier this year with “interfering with agricultural operations” because she filmed the grotesque operations of a slaughterhouse.

In an effort to hide from public eyes the horrors of the industrialized slaughter of animals, industry leaders have been busy lobbying (paying off) politicians to introduce what are known as “Ag-Gag” laws. The intent of these laws is to prevent whistleblowers, journalists, or anyone concerned about the welfare of animals from taking pictures or video of a slaughterhouse without permission. In some states these laws further criminalize “gaining employment” at a slaughterhouse with the intent of conducting an investigation.

In the case of Amy Meyer, she was on public property when she used her phone to video the insidious scene of an injured cow being scraped up and carted away by a tractor. The owner of the slaughterhouse (who also happened to be the mayor of the town in which the factory is located) called the police and claimed Meyer had trespassed. Although not arrested on the spot, Amy was later charged with violating Utah’s “Ag-Gag” law and faced becoming the first person in the nation to be prosecuted under such a statute.

Utah’s “Ag-Gag” law passed through the legislature during the 2012 legislative session. At least four other US states- Iowa, Montana, North Dakota, and Kansas have similar laws on the books. Meyers’ case resulted in public outcry by animal rights groups, First Amendment activists and threatened to be a public relations nightmare for the Animal Murder Industry. The charges against Meyer were eventually dropped but the laws remain on the books.

A “hen’s nest” of hypocrisy.