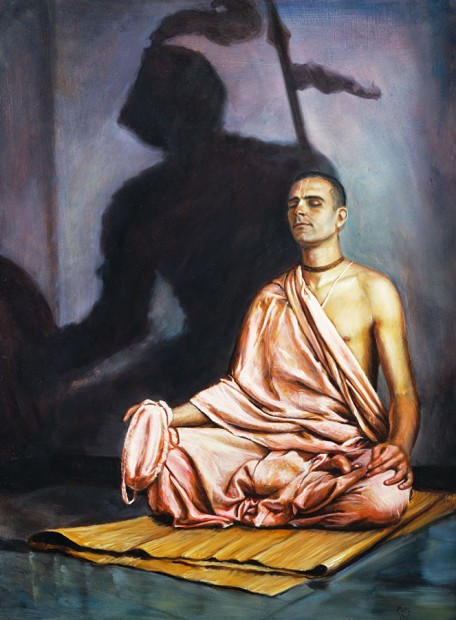 On August 21, 2013 Bradley Manning was sentenced to 35 years in prison for acting as a whistleblower against atrocities carried out by the US and its allies. Manning released well known information such as the “Collateral Murder” video of reporters in Iraq being attacked by US Apache helicopters and the “Cablegate” files, which revealed the level of spying and coercion conducted by the US on its allies and the facilitation of torture conducted by Iraqis against their prisoners. His act went against the codes of the country’s authorities and he was duly punished and made a public example. 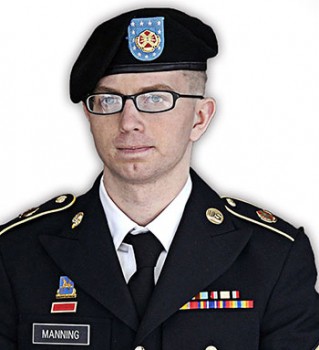 35 years in prison is a long time. This kind of lack of freedom of movement and expression would probably be a formidable challenge to every human being. I believe that the following story about the saint named Haridasa Thakura could come as a great solace to Mr. Manning and it is something that all other readers can benefit from.

Haridasa Thakura was unique amongst practitioners of bhakti-yoga, the spiritual science of devotional service dating back to the oldest spiritual texts of India such as Bhagavad-gita and Srimad-Bhagavatam. Haridasa Thakura was born in Bengal, not from an Indian family, but from a Muslim family. We may take it for granted that in Western society one can freely choose to practice whatever faith one desires regardless of ethnic considerations. This was not the case in Muslim-ruled India. In many Muslim-ruled regions even today, if a Muslim changes faith, the punishment can be severe, and what to speak of five-hundred years ago. However, this did not deter Haridasa Thakura. He became so recognized within the bhakti-yoga tradition that he was crowned the namacarya, or the preceptor of chanting the Hare Krishna maha-mantra, the mantra for spiritual realization: Hare Krishna, Hare Krishna, Krishna Krishna, Hare Hare/ Hare Rama, Hare Rama, Rama Rama, Hare Hare.

With such prestige and recognition for his spiritual merit within the bhakti-yoga tradition, it probably does not come as a surprise to most that Haridasa Thakura met strong persecution from the ruling Muslim government. At the time, the Muslim government was tolerant of Hindus practicing Hinduism and of course encouraged Muslims practicing Islam, but a Muslim practicing Hinduism was considered a great offense. This persecution culminated in the arrest and public whipping of Haridasa Thakura.

Now imagine this situation from the perspective of the prisoners. You are stuck in prison, which most likely does not have luxurious conditions by any measure, and upon learning that a saint is coming, your hope is reawakened. But his blessing upon you is for you to stay as you are?! What would you think in such a situation?

Haridasa Thakura, seeing the sadness of the prisoners, explained his blessing to them. In the normal course of life, there are distractions all around. Bewildered by material enjoyments, a living entity thinks that he or she will live forever in this world, and thus forgets to make endeavors in spiritual life. Additionally, the possession of material assets tends to make people envious and hostile toward each other. In the prison, however, the prisoners no longer had anything material to be proud of and nothing to be distracted by. The humble position of the prisoners was in this way a better position than their position of freedom outside the prison. Haridasa Thakura thus explained the meaning of his blessing.

Lesson to be Learned

From this instance, we can see the mentality of a person in pure spiritual consciousness with purely spiritual priorities. Haridasa Thakura did not place importance on the facility for material enjoyment provided by a situation, but rather on the facility for inner spiritual reflection. This is radically different from the perspective propounded by secular society. The culture of unbridled materialism fills one’s life with distractions, fills one’s life with pride and envy, and takes away the motivation to seriously endeavor in a truly spiritual direction. To whatever degree one gives time to one direction, one is taking away one’s potential time from the other direction.

Well, what’s the big deal with that anyway? What’s wrong with focusing on material pleasures at the expense of spirituality? First and foremost, one must understand that as nice as material facilities and enjoyment may be, they all have an expiration date. There is no exception to this rule. By the force of time, either we will leave our object of enjoyment, or the object of enjoyment will be taken from us. Why then invest in such things? It is like moving into a sand castle on the shore while the tide is coming in. Better to invest one’s time and efforts in non-perishable items.

From this we can see the import of the motto “simple living and high thinking.” If we endeavor to minimize the complexities we are so fervently encouraged to grab onto while trying to maximize our introspection through things like meditation and study of spiritual knowledge, then we have a fighting chance of making a lasting, meaningful impression in our lives. This may mean sacrificing some material comfort, but the merit of such a sacrifice becomes clear when the reward presents itself.

Raised in San Diego. From a young age he searched for the spiritual essence of reality, and finally, upon completing high school, became a monk in 2010.