By the will of providence, for the last seven years I have been trusted with the service of president of a spiritual community. Two years ago our community was able to procure land suitable for farming. However, I am embarrassed to say, none of us knew much about farming. Our prayers were answered when we met Shawn and Susan, who are now running our farm.

Over the years, I learned that farming is an important step towards a more simple and natural life. Without a simple and natural life, spiritual life becomes difficult. My spiritual master instructed me to try as far as possible to adjust to a natural way of life, free from dependency on machines. He also said that we need not be against anything or for anything. We are simply interested in spiritual life and farming is an important step towards simplifying the complicated, modern civilization to allow for decent human and spiritual life.

Shawn and Susan have been married since 1994. They are both from Riverside, California, where they grew up and eventually met.

Shawn was born in 1969. He lived with monks in a monastery for a year, in 1993, at the ISKCON temple in Laguna Beach, CA. In 1999, Shawn and Susan moved, with their two daughters, to New Vrindavan, a rural community in West Virginia, where they stayed for one year. During this year Shawn and Susan were learning how to farm. Their teacher was a swami (!), Varshana Swami. The swami has been their spiritual guide and teacher from the early days of their spiritual interest. Since the beginning he was encouraging them to learn how to grow food.

First time Shawn grew plants was when he was a monk at the ISKCON Laguna Beach temple. (Correction: As a teenager, Shawn once grew a ganja plant, which should not come as a surprise to anyone living in California.)

Shawn says that his interest in farming certainly did not come from his family. He always felt farming is a most natural thing to do. By reading the books of his spiritual teacher’s teacher, Srila Prabhupada, he learned the importance of simple living in order to allow for higher or sophisticated thinking. The books taught him that buying food from corporations is neither necessary nor exactly natural.

For a few months in 1991, when he was 21, Shawn lived with Rastafarians at Trinidad, who grew their own food. That is where Shawn received his first book, The Science of Self Realization, by the author who was later going to profoundly influence his life – Srila Prabhupada.

Susan grew up on her family’s three-acre property in Riverside. She helped her parents with gardening. As a child, she had a pony for a pet…as well as ducks, chickens, bunnies, a cow, and you name it. On the property were also fruit orchards. That was her lifestyle growing up.

“Shawn and Susan now laugh about watching the TV series Little House On The Prairie as juveniles.”

Shawn and Susan now laugh about watching the TV series Little House On The Prairie as juveniles, but also recognize how it helped stir their interest in farming and living closer to nature.

Shawn and Susan have always been looking to find ways to farm in Southern California. When asked to help get an organic farm going, they saw it as an opportunity to make their dreams come true.

Now they are happy managing a farm in Escondido. However, this move involved taking some risks. They left a large and comfy house in Riverside, in exchange for a shabby structure in Escondido, which they eventually, little by little, renovated. They left their connections to the network of people that was their economic base, including job opportunities. Their kids left their friends who they grew up and went to school with. That was pretty difficult for them.

Living in a farm setting with animals and plants in nature is sattvic and allows for development of deeper interpersonal relationships with the surrounding environment. Shawn considers farming as a participation in the natural cycle of biological existence, which ultimately brings them closer to their deepest and truest self, the soul and God.

Living on a farm makes it easer to cultivate one’s spiritual life and spare one’s children the gross materialistic influences, which are otherwise very common in the modern “Babylons.”

To keep a job in the corporate environment so that a few can hoard gold, or whatever the standard of money might be, does not work for Shawn and Susan. Even though simple farm life can at times be physically demanding, they are happy to pay that price in exchange for freedom, at least relative freedom, from the tight grip of the cruel and unnatural, vicious corporate cycle.

“Buying food from corporations is neither necessary nor exactly natural.”

Producing one’s own food is additionally challenging in the industrial economic system, which does not support that kind of independency, which rather favors industrial farming, a demonic perverted reflection of what is supposed to be the most natural lifestyle. The cost of city water is especially challenging, but Shawn and Susan hope to dig their own well soon. Experiencing just mentioned challenges, many aspiring farmers are forced to take out loans to get their farms off the ground; but, then they find themselves in debt and forced to be profitable in terms of the modern commercial society; thus defeating the essential purpose of farming.

When farming is done for the sake of integration into the natural cycle of life, it is healing both spiritually and physically. Furthermore, to be able to work from home is ideal, as opposed to daily commuting, which creates numerous difficulties.

Now Shawn and Susan’s son is twelve and the two daughters are fifteen and seventeen. The parents had hoped to migrate onto a farm when their children were younger, but an opportunity didn’t arise until now. Nevertheless their children have integrated into farm life remarkably well. Their daughter recently wrote a school paper on the topic of danger of genetically modified seeds, a paper that was based on a workshop that Shawn and Susan taught at the farm.

This spring, Shawn taught a seven part workshop, teaching people how to grow food. Students learned composting, soil preparation, planting, harvesting, and even the yogi way of offering produce to God. The workshop was free, while most attendees gave donations to support the farm project. Next workshop will be taught in the fall and the reader is invited to attend.

Shawn and Susan’s work on the farm is a service to humanity in general and the International Society for Krishna Consciousness (ISKCON) in particular. They consider this service so important that they don’t mind the lack of pay. For their financial needs, they do extra work outside of the farm project. Shawn is an excellent handyman. The produce from the farm is distributed to two ISKCON temples, Laguna Beach and San Diego. However, since the amount of produce grown on the farm exponentially increases, very soon Shawn and Susan will be able to sell enough of it to cover their needs. “After all, that is self-sufficiency,” says Susan.

On the farm’s four acres grows a large variety of vegetables alongside recently planted fruit trees. When growing such a wide variety of produce, unlike in commercial farming where cultures are planted uniformly, there is no need for use of pesticides, insecticides, and herbicides (read poison). This appears like a natural lesson which teaches us that serial production of any kind is not desirable.

Use of insecticides gets rid of all the insects. But a farmer should not want to get rid of all the insects; some insects are good because they eat the “bad” insects. Susan remembers when their produce was being attacked by aphids, and how all of a sudden millions of ladybugs came and ate all the aphids. One reason why Shawn and Susan plant flowers is because flowers attract bees, which help pollinate the summer squashes. Nature is truly one big cycle. There is no need to use poison. (Especially not the one produced by giant corporations such as Monsanto.)

Kyle is 26 and is living on the farm, helping Shawn and Susan. Kyle was born and grew up in Orange County in an upper-middle class family. Having given up his $100,000.00-a-year job with an electrical company, Kyle now lives in a trailer on the farm. He actually sleeps outside, not in the trailer. Sometimes he crashes in a hammock and sometimes in a tent. He likes to see the stars at night when going to bed.

Kyle was pursuing a degree in environmental sustainability, but now he is finding practical farming to be more important. Besides, why spend up to $100,000.00 to get a degree from a group of people who are trying to monopolize education and institute a system of indentured servitude? Education is, after all, about getting educated rather than receiving a diploma. In many traditional societies, if you wanted to learn an art, you went to someone who knew how to do it and became their apprentice. The teacher would thus be grateful for the apprentice’s help, would transfer the knowledge to the apprentice, and would even pay him.

Payment of credit card debts, mortgage debts, etc., can be evaded by filing bankruptcy and other such methods. However, the student loan seems to be the only debt one cannot get rid of. Chanakya, a royal advisor who lived a few hundred years before the Common Era, said that disease, fire, and debt need to be dealt with immediately, as their presence reduces one’s life span. What, then, to say about the modern system where almost everyone lives most of their life in debt?

Kyle’s long term plan is to center his life on farming.

The fun day on the farm is usually Tuesday when the monks come from the San Diego temple. It is a full day of communal farm work, which also includes a farm fresh midday lunch, and chanting in kirtana – the week’s highlight.

A special event occurs twice a month, every other Saturday, when Shawn and Susan host a sat-sanga, a home gathering of spiritual aspirants and savants. The reader is invited.

For info regarding the courses, donations, home gatherings, or anything else related to the farm, feel free to contact Shawn at ahringhoff1169@gmail.com. 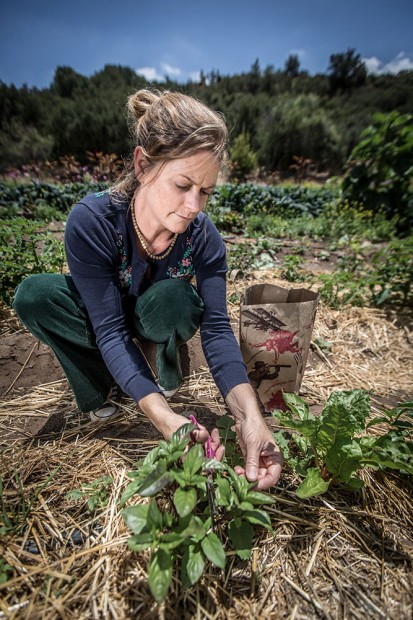 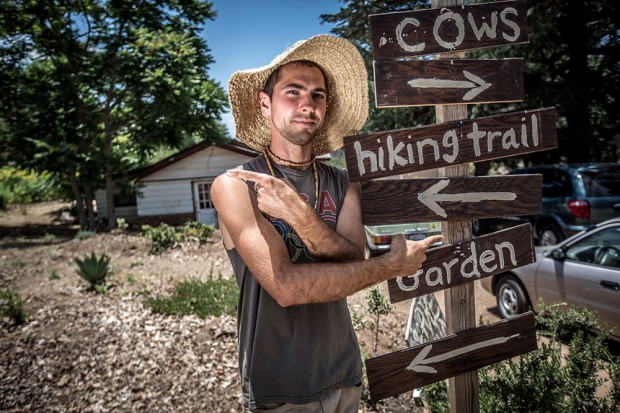 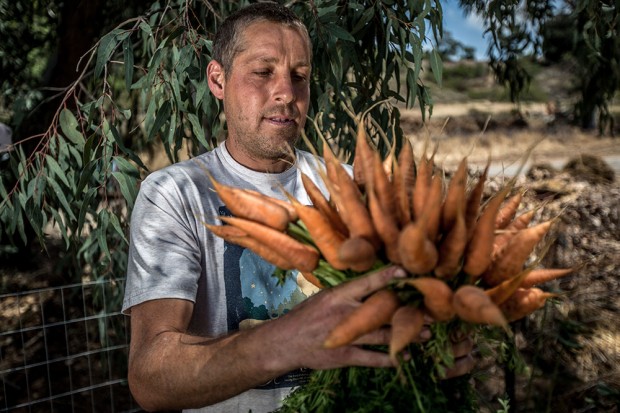 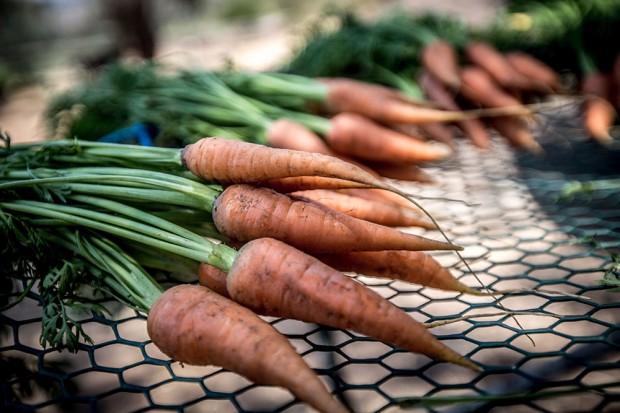 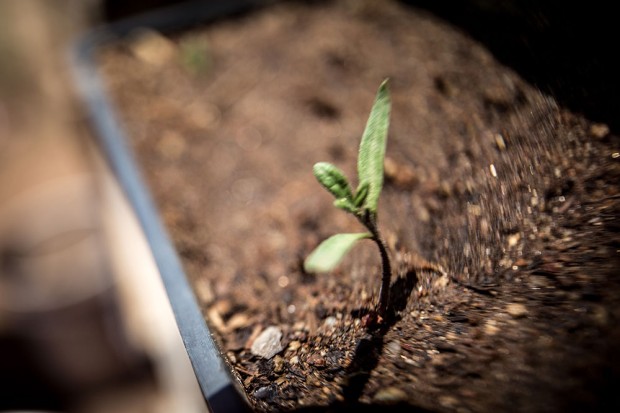 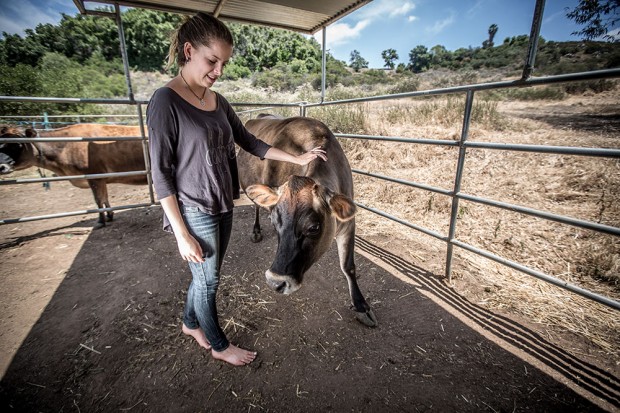 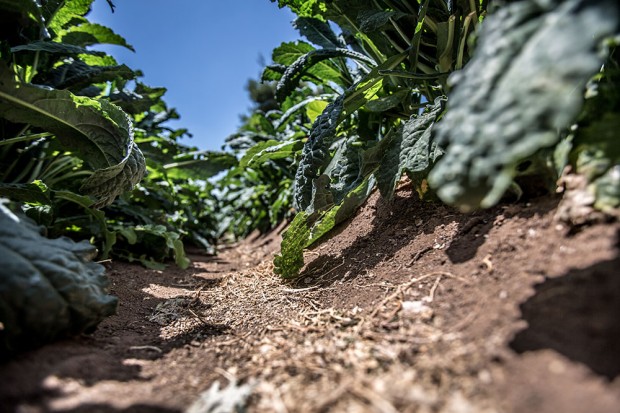 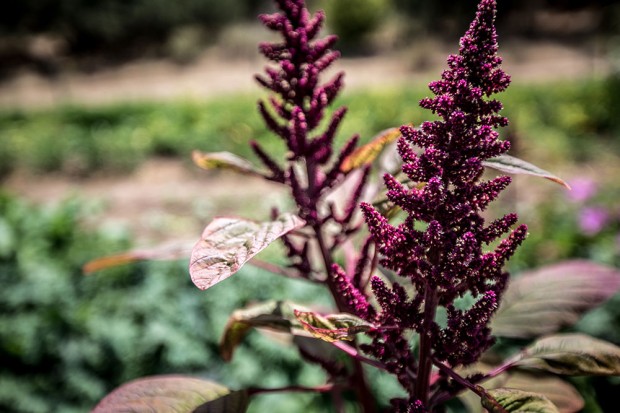 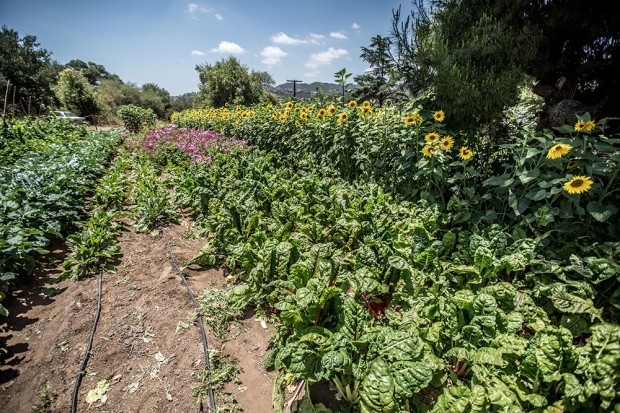 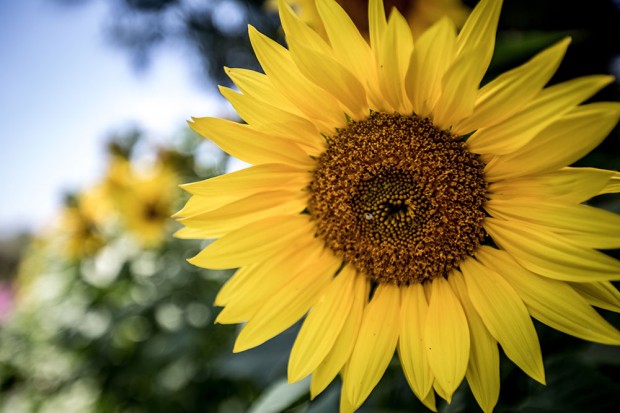 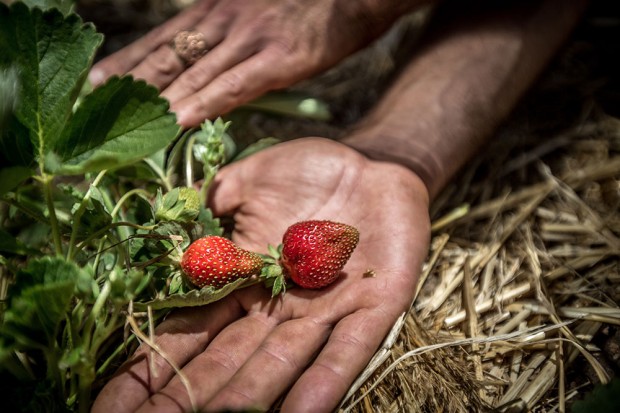 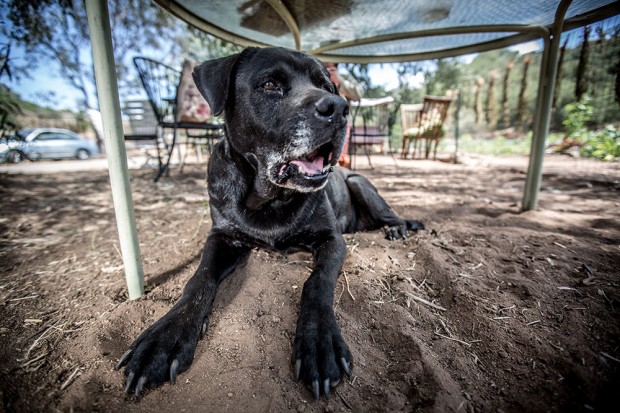 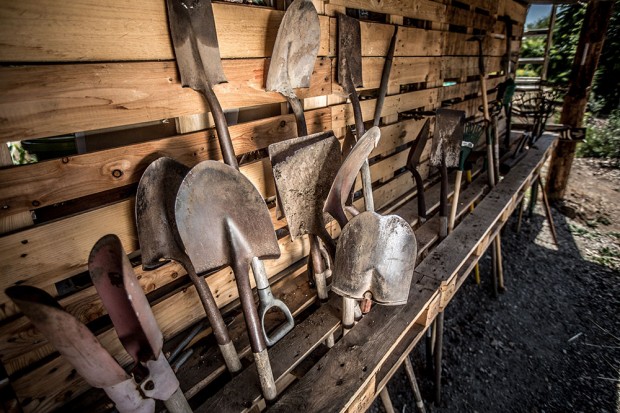