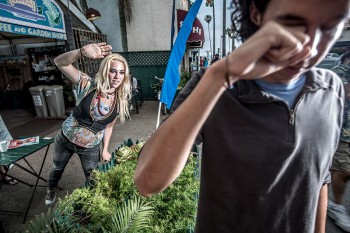 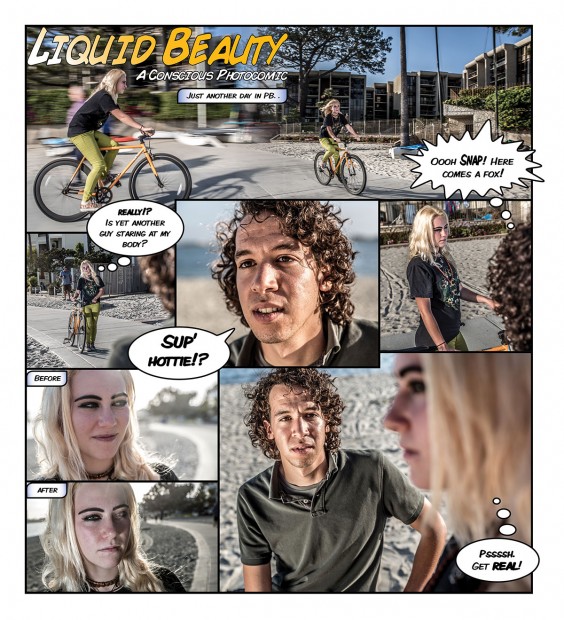 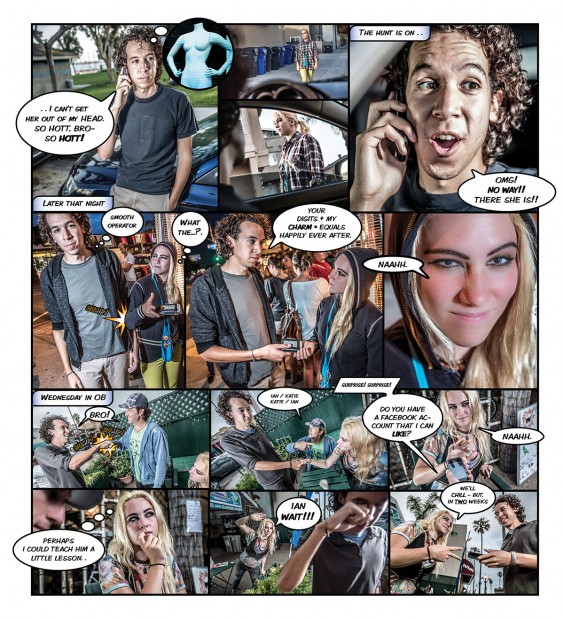 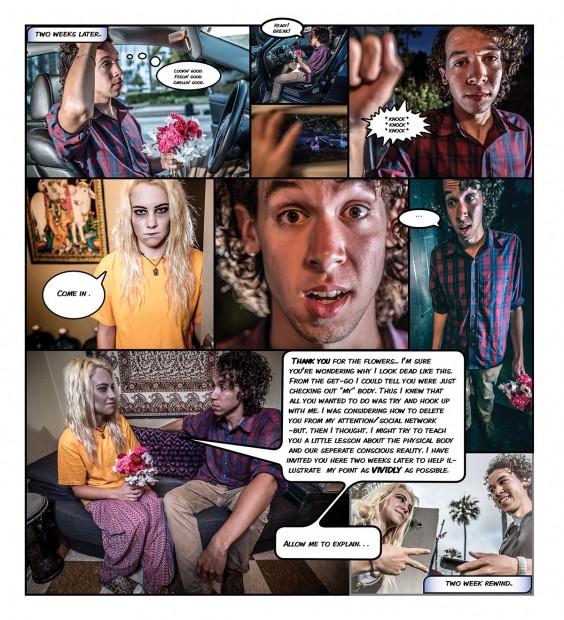 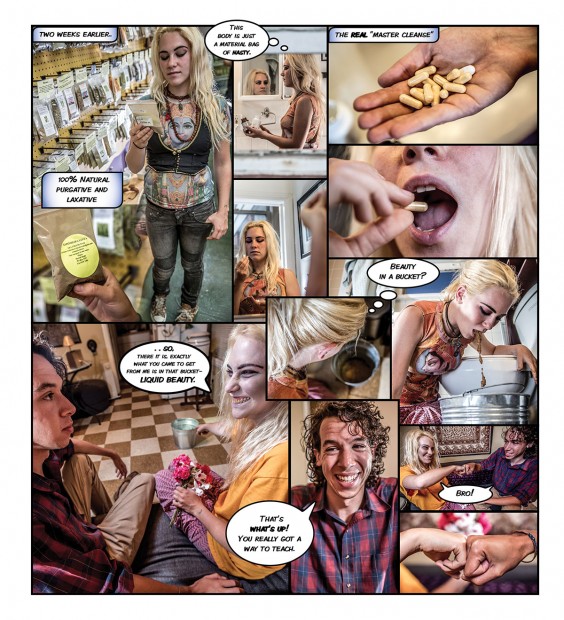 The “Liquid Beauty” photocomic is loosely based on this story.

Once a man who was very powerful and strongly built, but whose character was questionable, felt attraction for a beautiful girl. This girl had great philosophical insight and was thus aware that she was actually the nonphysical conscious self, which is inherently different from the physical body. Therefore she did not like the man’s advances. The man, however, was insistent because of his lusty desires, and therefore the girl requested him to wait only seven days, and she set a time after that when he could meet her. The man agreed and with high expectations began waiting for the appointed time. The girl, however, adopted a method to instruct him about the actual nature of the physical body. She took strong doses of laxatives and purgatives and for seven days continually passed loose stool and vomited all that she ate. Moreover, she stored all the loose stool and vomit in suitable pots. As a result of the purgatives, the so-called beautiful girl became lean and thin like a skeleton, her complexion turned blackish, and her beautiful eyes sank into the sockets of her skull.

Thus, at the appointed hour she waited to receive the eager man. The man appeared on the scene well dressed and well behaved and asked the ugly girl he found waiting there about the beautiful girl he was to meet. The man could not recognize the girl he saw as the same beautiful girl for whom he was asking; indeed, although she repeatedly asserted her identity, because of her pitiable condition he was unable to recognize her. At last the girl told the powerful man that she had separated the ingredients of her beauty and stored them in pots. She also told him that he could enjoy those juices of beauty. When the mundane poetic man asked to see the juices of beauty, he was directed to the store of loose stool and liquid vomit, which were emanating bad smell. Thus the whole story of the beauty liquid was disclosed to him. Finally, this man of low character was able to distinguish between the shadow and the substance.

This man’s position is similar to that of every one of us who are attracted by false, material beauty. The girl mentioned above had a beautiful physical body, but in fact she was apart from that temporary body. She was in fact a spiritual spark, and so also was the lover who was attracted by her false skin. Mundane intellectuals and aesthetics, however, are deluded by the outward beauty and attraction of the relative truth and are unaware of the spiritual spark, which is both truth and beauty at the same time. The spiritual spark is so beautiful that when it leaves the so-called beautiful physical body, which is filled with stool and vomit, no one wants to touch that body, even if it is decorated with a costly dress. Many are pursuing a false, relative truth, which is incompatible with real beauty. The actual truth, however, is permanently beautiful, retaining the same standard of beauty for innumerable years. That spiritual spark, which is who we actually are, is indestructible. The beauty of the outer skin can be destroyed in only a few hours merely by a dose of a strong purgative, but the beauty of truth is indestructible and always the same.

Power to the People?

A Question About Democracy