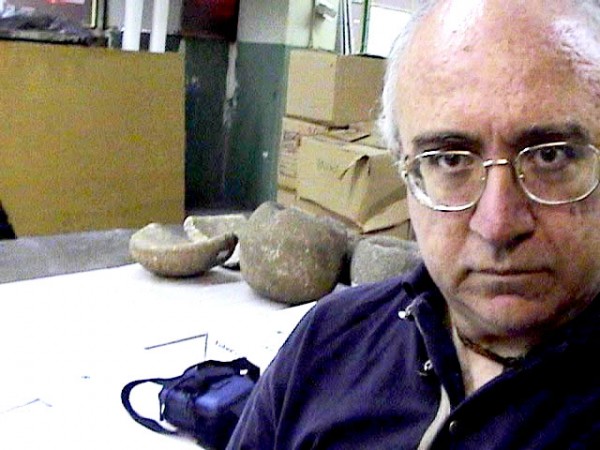 Michael Cremo, with some 50 million year old artifacts from the California gold mines.

Some years ago, Doug Kenyon, editor of Atlantis Rising, asked me to write a column for his magazine. I agreed, and it was a good decision. I named the column “The Forbidden Archeologist.” In it, I have commented on many topics of interest to me.

The first is archeological evidence for extreme human antiquity. According to mainstream conventional science, human beings like us first came into existence between 100,000 and 200,000 years ago, having evolved from more primitive apelike ancestors. But the ancient Sanskrit writings of India and the texts of other cultures tell us that humans have existed on earth for far longer periods of time. There is some archeological evidence for this. I extensively documented this kind of evidence in my book Forbidden Archeology. That book was published in 1993. So this column has given me a chance to write about new evidence for extreme human antiquity that has come to my attention since then.

From time to time, scientists who support the current evolutionary theories of human origins announce discoveries of bones of apemen that appear to confirm their ideas. These discoveries are promoted in the mainstream media as “our ancestors” and as “missing links” in the imagined evolutionary chain. This column has given me the chance to respond to such propaganda by showing how humans like us existed at the same time as the proposed apelike ancestors.

In all the areas of my interest, the topic of knowledge filtration comes up. I introduced the idea of the knowledge filter in my book Forbidden Archeology. It represents the influence of dominant theories on the treat of evidence in archeology and other sciences. Evidence that supports dominant theories passes through this knowledge filter very easily. But evidence that contradicts dominant theories does not pass through this filter, and thus this evidence is not very well known. To most people, even professional scientists, this evidence simply does not exist. Some of the agents responsible for this knowledge filtration are the editors and reviewers of scientific journals. Between the readers and the writers stand the editors and “peer reviewers.”

Even mainstream scientists are beginning to question the effectiveness of the peer review process. The Guardian newspaper in the United Kingdom reported on research in this topic in an article titled “Trial by Peers Comes UpShort” by Sophie Petit-Zeman (Guardian.com.uk, 16 January 2003). Dr. Tom Jefferson of the Cochrane Collaboration Methods Group said, “”Peer-review is generally assumed to be an important part of the scientific process and is used to assess and improve the quality of submissions to journals as well as being an important part of the process of deciding what research is funded. But we have found little empirical evidence to support the use of peer-review as a mechanism to ensure the quality of research reporting, and there’s even more depressing evidence about its value in deciding what should be funded.” 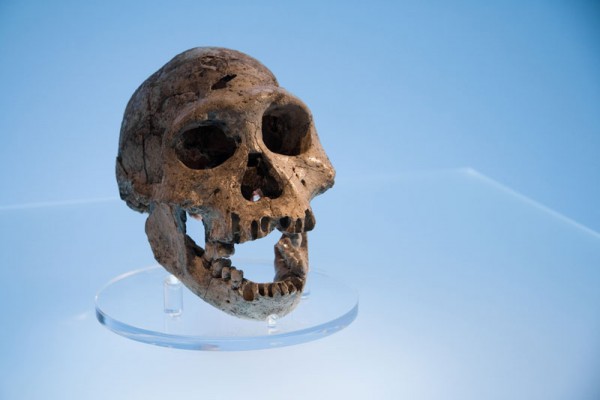 Editors of mainstream scientific journals and their peer reviewers often function as gatekeepers for orthodoxy. Thomas E. Lee was a Canadian archeologist. He discovered stone tools on Manitoulin Island in Lake Huron, in the province of Ontario in Canada. The objects were found in a formation over 70,000 years old. According to standard theories, there were no human beings in North American before 25,000 years ago, maximum. Therefore Lee found it impossible to get mainstream science journals to publish his findings. In the Anthropological Journal of Canada (1977, vol. 15, no. 1, p. 2), Lee wrote: “A nervous or timid editor, his senses acutely attuned to the smell of danger to position, security, reputation, or censure, submits copies of a suspect paper to one or two advisors whom he considers well placed to pass safe judgment. They read it, or perhaps only skim through it looking for a few choice phrases that can be challenged or used against the author (their opinions were formed long in advance on the basis of what came over the grapevine or was picked up in the smoke-filled back rooms at conferences—little bits of gossip that would tell them that the writer was far-out, a maverick, or an untouchable). Then with a few cutting, unchallenged, and entirely unsupported statements, they ‘kill’ the paper.”

In 1988, George Miller, curator of the Imperial Valley College Museum in El Centro, California reported that some mammoth bones bearing human cut marks were found in California’s Anza Borrego Desert. Scientists from the United States Geological Survey dated the bones using the uranium isotope method. They got an age of at least 300,000 years. Tests using other methods (paleomagnetic dating and dating of volcanic ash found at the site) indicated an age of perhaps as much as 750,000 years. The original reports came in a newspaper article (D. Graham, “Scientist Sees an Early Mark of Man,” San Diego Union, 31 October 1988), but Miller planned on publishing a scientific paper about the discoveries. While I was researching another case for my book Forbidden Archeology, I visited the San Diego Natural History Museum. There I met paleontologist Thomas Deméré. I mentioned Miller’s discovery to him. I also mentioned that Miller was planning on publishing a paper on it. Deméré said he and his colleagues had heard about that. He told me the paper would never pass peer review. Minds were made up in advance, before the paper was even read.

In the 1970s, geologist Virginia Steen-McIntyre and some of her colleagues were involved in dating the archeological site of Hueyatlaco in Mexico. There archeologists had discovered stone tools and wanted to know how old they were. Steen-McIntyre and her colleagues, using several different dating methods, got an age of over 250,000 years for the site. The archeologists rejected the age because it contradicted their theories of human origins and the peopling of the Americas. Steen-McIntyre and her colleagues tried to independently publish their report, but experienced difficulty in doing so. Steen McIntyre wrote in a letter (March 29, 1979) to H. J. Fullbright, an editor of a book in which her report was supposed to be published (but never was): “Archeologists are in a considerable uproar about Hueyatlaco—they refuse even to consider it. I’ve learned from second hand sources that I am considered by various members of the profession to be (1) incompetent, (2) a news monger, (3) an opportunist, (4) dishonest, (5) a fool.”

From time to time, scientists who support the current evolutionary theories of human origins announce discoveries of bones of apemen that appear to confirm their ideas. These discoveries are promoted in the mainstream media as “our ancestors” and as “missing links” in the imagined evolutionary chain.

Eventually her paper was published in a geological publication. Steen-McIntyre wrote in a letter to one of the editors (Steven Porter, 8 February 1980): “The ms [manuscript] I’d like to submit gives the geologic evidence. It’s pretty clear cut, and if it weren’t for the fact a lot of anthropology textbooks would have to be rewritten, I don’t think we would have had any problems getting the archeologists to accept it. As it is, no anthro journal will touch it with a ten foot pole.”

A few years ago, a scholar was putting together a collection of essays about Alfred Russel Wallace, who along with Darwin was the cofounder of the theory of evolution by natural selection. Wallace was also involved in research into paranormal. Darwin did not approve of his involvement in such things. In my book Human Devolution, I have a chapter about Wallace’s research into the paranormal. The scholar invited me to submit an essay based on that chapter to be included in his book. I submitted the essay to him, but it did not wind up in the book, because of the objections of the editor from the academic publishing company that was going to bring out the book. The editor objected to my reputation as a maverick researcher, with nonmainstream ideas.

One thing I like about Doug Kenyon is that he gives me complete freedom to choose my topics for my column. There is no knowledge filtering going on here. The words you see are mine, unedited and unchanged.

Recently, I put together forty-nine of my Atlantis Rising columns in a book called The Forbidden Archeologist. What I hope to do is give people who are not already readers of Atlantis Rising the chance to see the columns, with no knowledge filtering.

Michael A. Cremo (aka Drutakarma Dasa) has been a member of the International Society for Krishna Consciousness since 1974. His latest book, The Forbidden Archeologist,as well as his other books, are available from his website www.mcremo.com.