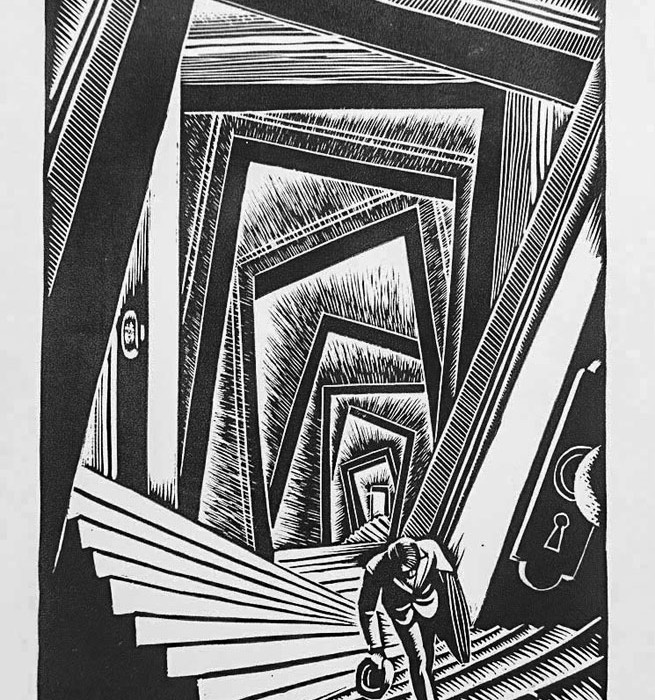 When you flip on the radio to an old ‘50s music station, someone like your grandma might dig it, but to you it’s obviously way too outdated. After listening for some time, it all starts to meld together and sound the same. Just a name like “Oldies,” makes you want to flip the station because you need something new, something fresh to inspire your life. You probably would like to hear something that you have not heard repeated in the aisles of a grocery store since you were 3 years old.

A simple study of cultural history shows us that music, cinema, et cetera, seem to start out as new, fresh, exciting experiences but soon grow to become obsolete, uninteresting novelties. Furthermore, they can even be an annoyance if given enough repetition over a certain amount of time; just as your favorite dish, if eaten exclusively every day, seven days a week, would create a sudden surge of interest in other cuisine. Although many powerful, beautiful, and wondrous things grab our interest in this world, and they tend to generate within us obsessions, either minute or monstrous, all such infatuations undergo a similar fate.

Imagine that your life is just like a piece of bubble gum and that you want to get some happiness out of it. At first it is new and exciting; its color looks like it contains magical flavors. Is it going to taste like strawberry fields, or will it be a nice creamy raspberry flavor? You pop it in your mouth and it tastes incredible. The flavor exudes juice with each bite, and the actual experience of it is much better than you imagined it to be. Twenty minutes later, what is it like? There is little taste left, and you are chewing and chewing, but hardly any more flavor is left. The gum eventually loses its entire flavor and the work of chewing doesn’t seem to make any more rational sense.

So, our experience within the cycle of human life is somewhat similar. It starts out fresh, full of hope and optimism for a life of pleasure and happiness. In the beginning there is the pleasure of anticipation for what the future holds. In your prime of youth, the doors to the real pleasures of human life open. You have your ticket and you don’t want to miss out on anything. At this time, you will want to try and experience everything in your wake, tasting the different pleasures of this world.

Over time, like the gum, the juice of life starts to gradually fade out. The body gets old and before you know it, you are already becoming a geezer. The body, which offered such a steady river of pleasure, has dried up. The senses are weakening and disease sets in until the body is virtually incapable of supporting an existence of life. So, the soul eventually has to leave its body and all of its belongings behind. This is the real picture of the nature of this temporarily manifest world. You are a pretty young girl one day, but at a later day you become burned in a car crash. You are a successful music group, every young person alive in the country wants your autograph, but then there comes a day when you are lumped in with the “oldies” and you become obsolete and no one cares to know you. You are a rich man one day, but later on you become terminally ill and all your money is of no use to save your life. No material situation is ever, at any time, perfect or secure or ideal. Everything has its heyday, and similarly, everything has its demise. That is the just law of the universe.

Why? All of these manifested forms, which we see in the universe, are all composed of finer parts, and all of these parts can be broken down into smaller pieces, such as atoms and even pieces of atoms.

Cruisin' to the oldies.

What does that mean practically? It means that by the powerful influence of time, all manifested created beings will fade into complete oblivion. For one who decides to derive pleasure from matter, which has orchestrated itself into all the varieties of forms of the universe (such as men, women, plants, animals, stars, oceans, mountains, et cetera), any dream of securing a permanent relationship with them in the universe of mortality must be perpetually met with disappointment.

We all find ourselves in a universal cycle of three phases: a phase of creation, a phase of maintenance, and a phase of destruction. This applies to every tree, every seed, and every embryo. The whole universe has been coded like this and is operating according to this very sophisticated program. The attractive qualities, which are reflected in the body of a beautiful young girl, the flair of new musical talent, the astonishing influence and power of a current politician, or the administrative position of an extremely wealthy business person, are all temporary manifestations of these three phases of matter. No matter how astonishing and great the manifestation appears to be, they will all eventually come to be dissolved in due course of time. Our greatest human fault is that we are all willing to play the game of life when it involves the pleasures of sex, the comforts of a home, and the luxuries of fine dining and entertainment, but we become sore losers when phase two of the game of life comes, and we are matched up against the formidable foes of old age, disease, and death.

What does this tell us about pleasure that is derived from contact of our senses with the temporary objects of this world? It tells us that taking pleasure in any temporary occurrence in nature will be subjected to a beginning and also an inevitable end. Therefore, in the Bhagavad-gita Krishna reminds us that “An intelligent person does not take part in the sources of misery, which are due to contact with the material senses. Such pleasures have a beginning and an end, and so the wise do not delight in them” (Bhagavad-gita 5.22).

The search for perpetual enjoyment in the material world is akin to believing that a piece of gum will always have flavor. Neither does such a piece of gum exist nor do we find in our material infatuations such a lasting experience of pleasure. As the inevitable end to material pleasure presents itself, further attempts to enjoy the same caliber of previous pleasurable experiences proves to be another failure. This has been described as pitiable as eaters of the ABC (already been chewed) gum.

Such profound philosophical questions have already been recorded as much as 5,000 years ago in the Sanskrit classic, the Srimad Bhagavatam, in which the answer comes from a great king:

“There is no reason to labor very hard for temporary bodily pleasures, while in the human form of life; such pleasures are available even to filth-eating hogs. Rather, the intelligent should engage in penance and austerity to attain the divine position of selfless loving service to the Absolute Truth. By such activity, one’s heart is purified, and when one attains this position, he attains eternal, blissful life, which is transcendental to all material considerations for happiness and which continues forever.” – Srimad Bhagavatam 5.5.1

Portrait of a Donkey