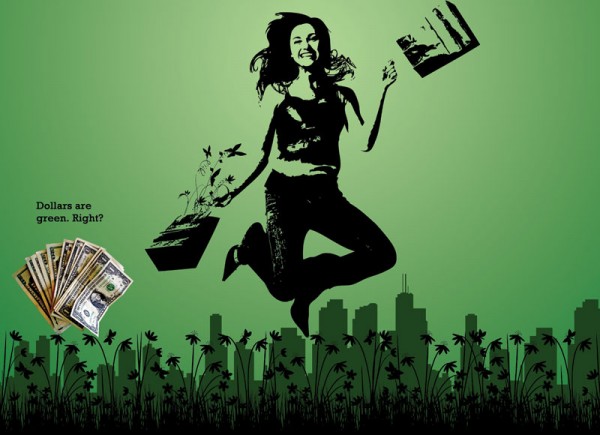 Having found ourselves in the abyss of an ecological tragedy contrived several generations prior, the current inheritors of the Earth are inclined to a moment of solemn reflection in which we wonder, “Am I really responsible?” It seems that the initial cause of this catastrophe dates back to a time well beyond our influence, and its solution, should there ever be one, would not really manifest until well into the future… How are the young people of today expected to feel about this mess? According to Al Gore and his article “A Climate of Denial”, published in Rolling Stone magazine, June 22, 2011, we’re expected (albeit by our well-wishing corporate overlords) to deny it, or at least feel helpless and hopeless, because it is what is best for business.

Indeed, “green” is the new black, and the latest trend in self-indulgent consumerism. It seems there are a few things we can always depend on even during a period of deadly environmental instability: that the general population is determined to purchase whatever meager sensual stimulation is available in the market, regardless of ominous self-destruction, and that determination is matched by the enterprises of clever capitalists who are always willing and able to fill the need for self-righteous greed. Thus, an astounding array of “green” products fills your home and fills your heart with solemn promises to reduce the detrimental impact on the environment, and your guilty conscience… But while the average punters may feel peace of mind, confident in their conscientious purchasing power, the saner section of society knows that this convenient ruse can hardly evade the crisis at hand: that modern humans (particularly those who live in first-world, industrialized nations) are habituated to reckless consumption and selfishness.

I hesitate to repeat the usual depressing statistics for fear of making us more desensitized. Still, just to remind everyone of the carnage, here are a few extraordinary figures.

According to the World Watch Institute, 12 percent of the world’s population lives in North America and Western Europe and accounts for 60 percent of private consumption spending, but a third of humanity that lives in South Asia and sub-Saharan Africa accounts for only 3.2 percent. The Sierra Club testifies that the average American buys 53 times as many products as someone in China and that one American’s consumption of resources is equivalent to that of 35 Indians. They say that over a lifetime, the typical American will create 13 times the amount of environmental damage as the average Brazilian. As for plastics, the world’s annual consumption of plastic materials has increased from around 5 million tons in the 1950s to nearly 100 million tons today, so says Waste Online, a UK watchdog. What about water? To grow a pound of wheat requires around 130 gallons of water. For meat, depending on the type – multiply that by five to ten times. Considering that the average American eats about 230 pounds of meat and poultry each year, it takes approximately 300,000 gallons of water each year just to sustain one person’s carnivorous diet. Perhaps electronic waste is the most embarrassing. The United States Environment Protection Agency reports that, in the year 2008, over 3 million tons of “e-waste” was disposed of in the USA alone. That’s about 30 million televisions, 200 million computer parts, and 140 million cell phones – most of which contain insoluble and hazardous materials. Meanwhile, half of the world’s population lives on less than two dollars each day…

What’s an honest person to do? Sever all dependency on excessive materialism haphazardly? History has shown, as in the case of liquor prohibitions, austerity budgets and abstinence campaigns, that mere abnegation is unsustainable because of a primeval urge which impels us to seek happiness even amidst impossible circumstances. Lord Krishna characterizes this condition in His Bhagavad Gita:

“Though the embodied soul may be restricted from sense enjoyment, the taste for sense objects remains. But, ceasing such engagement by experiencing a higher taste, one is fixed in consciousness.”

Intelligent persons, who aren’t blinded by the glitter of mass-produced fantasies, recognize that pleasure is not produced by the coupling of inorganic objects with their organic counterparts; rather, it is the inclination of the soul – which is frequently, though not necessarily, expressed through the medium of a physical body. Nor does a wise person look for solace in the difficult act of restraining the senses from their respective stimuli, whether by a willing personal endeavor or forced by worldwide economic instability. The fact of the matter is that people will seek pleasure despite diminishing vital resources and even at the expense of moral and social principles.

To remedy this insanity, people should seek to revitalize a culture of non-material pleasure, nourished by an ever-increasing and all-inclusive spiritual experience.

Genuine spiritual experience is not like the limited resources we’re so familiar with in the material world: The more oil your country has, the less oil my country has. You’re enjoying more wealth so someone else inevitably has less. Rather, spiritual pleasure is distinct from its material counterpart in one very convenient way – the more it’s tapped into, the more it increases! The more I pray, chant, meditate, et cetera, the more the spiritual supply increases and becomes available for others. By the mass distribution of this technology, the pressure will be taken off of our scant material resources because people will naturally seek satisfaction in a dimension which is unlimited.

Spiritual connoisseurs are in high demand and the marketplace is ready for them to share their wealth. Who wants to capitalize on this opportunity? Simultaneously, the current trend of materialism is blindly leading humanity towards dismal consequences. Who is ready to take responsibility? 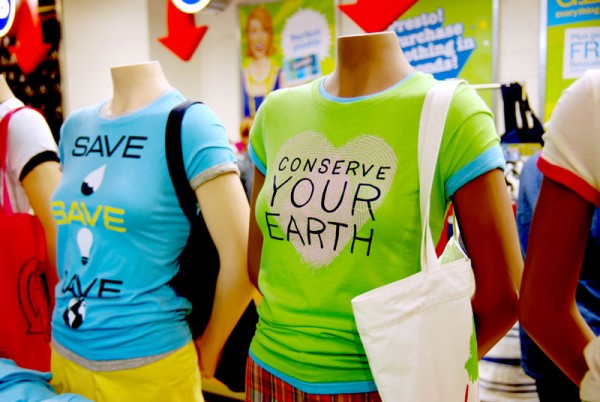 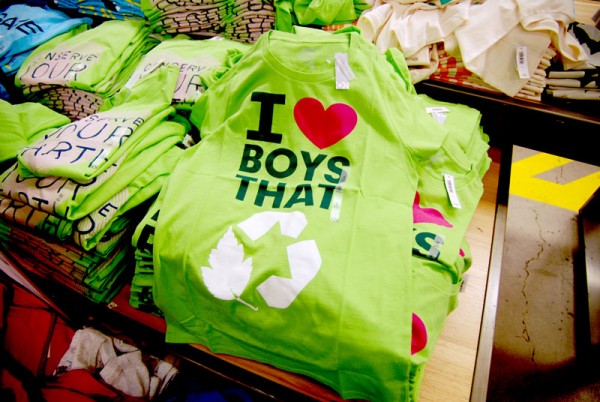 It Is The Banyan Tree