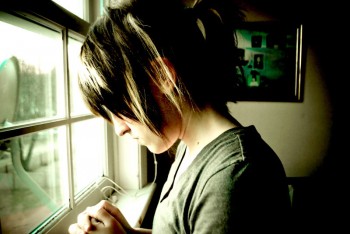 On January 24, 1936, Albert Einstein wrote the following letter to a sixth-grade student, Phyllis Wright, in response to her question as to whether scientists pray, and if so, what they pray for.

I have tried to respond to your question as simply as I could. Here is my answer.

Scientific research is based on the idea that everything that takes place is determined by laws of nature, and therefore this holds for the actions of people.

For this reason, a research scientist will hardly be inclined to believe that events could be influenced by a prayer, i.e., by a wish addressed to a supernatural being.

However, it must be admitted that our actual knowledge of the laws is only imperfect and fragmentary, so that, actually, the belief in the existence of basic all-embracing laws in Nature also rests on a sort of faith.

All the same this faith has been largely justified so far by the success of scientific research.

But, on the other hand, everyone who is seriously involved in the pursuit of science becomes convinced that a spirit is manifest in the laws of the Universe – a spirit vastly superior to that of man, and one in the face of which we with our modest powers must feel humble. In this way the pursuit of science leads to a religious feeling of a special sort, which is indeed quite different from the religiosity of someone more naïve.

I hope this answers your question.

MY CRITIQUE OF THE LETTER

The above letter by Albert Einstein gives a simplistic explanation of scientific research. He explains that research or science is based on the idea that everything that takes place is determined by the laws of nature.

A law implies systematic function over time. A systematic function indicates a system, which also indicates structure. A structure indicates hierarchy of order or cross-functioning relationships, and these relationships operate on intelligence. Therefore, by Einstein’s own words, he implies that there is a higher intelligence governing the systematic laws of nature. The scientists, however, are only interested in understanding how the laws function and are not concerned with the system behind the laws.

To give a crude analogy, it is like when someone is interested in the laws concerning driving, but not so much interested with the department of transportation that creates and implements those laws. In one sense, one does not need to know the department to understand the law. However, such an understanding is incomplete.

Unless one comprehends the functions and systems of a body of governance, it is very difficult to not only manipulate the laws completely and perfectly, but to interpret them correctly as well. In other words, incomplete and imperfect understanding of a law can lead to a system’s malfunction (disorder), thereby defeating the original purpose of the law, viz. to create order.

Einstein in his letter admits to the imperfect and fragmentary knowledge base of the scientific community. What he does not say is that this imperfect learning can do more harm than good. We are now beginning to realize the dangers of imperfect knowledge. For example, the issues of global warming, environmental pollution, species extinction, cross pollination of diseases between humans and animals, the gradual degradation of social and cultural ethos that debase human society to mere animal propensities, et cetera, all indicate disorders or system malfunctions. The very laws that were created to help humankind are actually causing harm. Einstein, revealing his true intellectual genius, admits the limitations and also writes that one who is serious about scientific knowledge is convinced of a Great Spirit above the laws of nature. He is implying that there is an intelligence beyond our own. Accepting this is the beginning of spiritual studies. The saints of the Vedic school begin where Einstein ends – that the intelligence of the universe is beyond our own and that our understanding is negligible in comparison. Therefore, to actually be religious and scientific means to make a paradigm shift by scientifically studying and admitting our own infinitesimal position in relation to the infinite, and religiously approaching the Great Spirit (the Infinite) in a mood of humility and devotion. In that way the system will be revealed, including its laws and our relationship with those laws, and it will bestow knowledge that is perfect and complete. 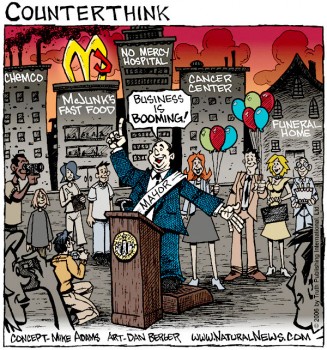 The World Stage and Its Actors

Yoga As Freedom From Duality and Designation