This happened to me when I was touring Europe with a hardcore punk band named Shelter. 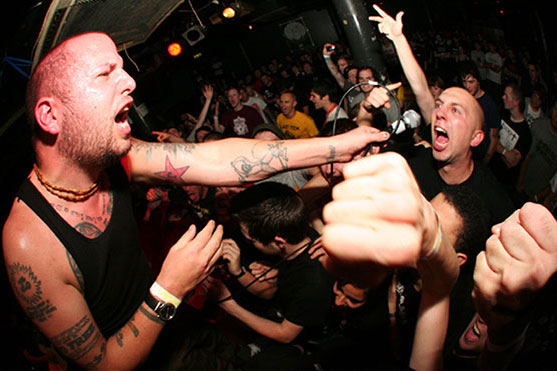 The show is finished, and the equipment is loaded. The van sits before the front door, and I sit inside the van. It is cold and windy on the German shore.

Three guys approach—young, clean cut & straight-edged. They want to do an interview… “I don’t need Krishna,” says the spokesman, with an unforgettable German accent. “I have my own way.”

“You believe in your self, rely on your self, and follow yourself. Great… Who is that self”?

More darting eyes and stuttering. Sentences begin, but are consumed by confusion, and silence dominates. They cannot answer.

I ask them, “How can you believe in it, rely on it, and follow it if you don’t even know what it is”?

Silence is spoken in German.

“See, that’s why you do need Krishna consciousness.”

“The first point is that the self is not the body”.

He sits up straight in the van chair and says, “Yes. I am not the body. I am the collection of the ideals that my brothers and I share in common.”

“These ideals are not the self,” I say. “They’re all impressed upon you from out-side yourself.”

They eventually agree: The self is beyond the body and ideals of the mind. Then I ask, “We know what the self isn’t. But, what is it?”

“The self, the individual spirit,” I continued, “is a part of the complete spirit. When the self tries to live separately from the complete self, he or she is like the guitar string rusting on the sidewalk. And  that’s what we’ve done—disconnected ourselves from the Complete. Just like the guitar string, our value is forgotten, our meaning is forgotten. Most of our time is spent trying to fill in the gaps of a hollow life as we loiter on the sidewalk.”

“The real nature of the self,” I enthusiastically continue, “is to serve the complete self, just like the string serves the complete guitar and reaches its highest expression and fulfillment in the process.”

“You know: Krishna. The highest expression of the self is to serve Krishna.”

“That’s what it really means to ‘follow yourself’..That’s Krishna consciousness”.

They were thoughtful. I was thankful. 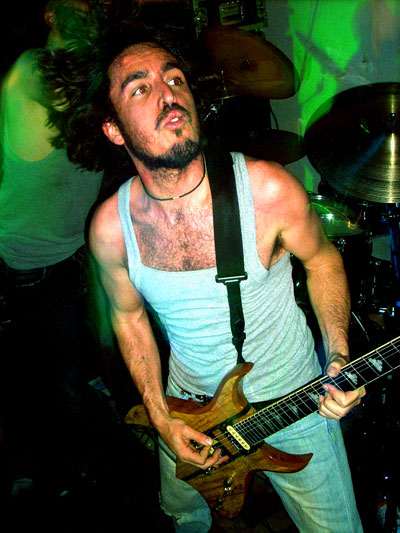