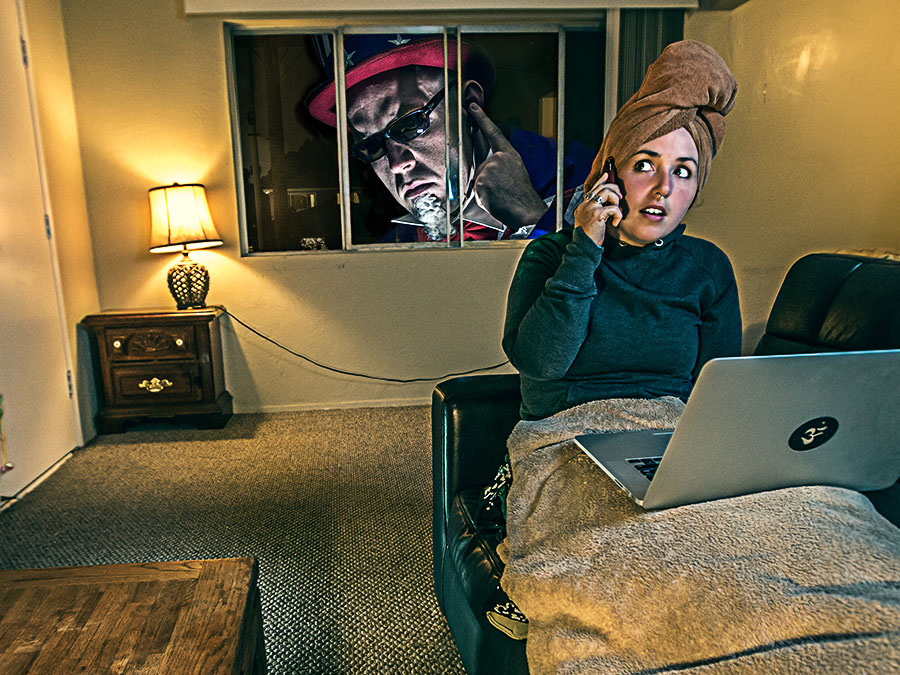 Edward is a former technical contractor and CIA employee who worked for Booz Allen Hamilton, a contractor for the National Security Agency (NSA), before leaking details of classified NSA mass surveillance programs to the press.

Most of this article is based on an interview Mr. Snowden gave to journalist Glenn Greenwald, plus a few thoughts of my own in the last section. 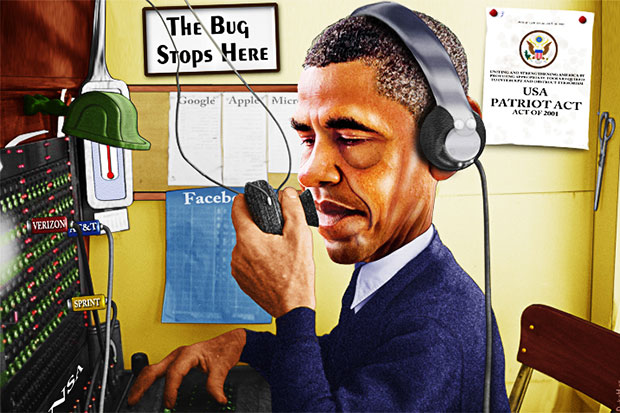 NSA and the intelligence community in general are focused on getting intelligence wherever it can, by any means possible. It believes, on the grounds of self-certification, that they serve the national interest. Originally we saw that focus was very narrowly tailored for intelligence gathered overseas. Now we see that it is increasingly happening domestically. To accomplish this, the NSA specifically targets the communications of everyone, ingests the data by default, and collects it in a system where it is filtered, analyzed, and stored for periods of time. They believe it is the easiest, most efficient and most valuable way to achieve intelligence.

While they may be intending to target someone associated with a foreign government who they suspect of terrorism, they are collecting your communications to do so. Any analyst at any time can target anyone, any selector anywhere. Where those communications will be picked up, depends on the range of the sensor networks and the authorities that that analyst is empowered with. Not all analysts have the ability to target everything. But some certainly have the authority to wire tap anyone from you or your accountant to federal judge to even the president if they had the personal email.

WHY SHOULD PEOPLE CARE ABOUT SURVEILLANCE?

Because even if you are not doing anything wrong, you are being watched and recorded, and the storage capability of these systems consistently increases every year by orders of magnitude; it can get to the point where you don’t have to have done anything wrong. You simply have to fall under suspicion from somebody, even by a wrong call and then they can use the system to go back in time and scrutinize every decision you ever made, every friend you ever discussed something with; they can attack you on that basis to derive suspicion from an innocent life and paint anyone in the context of a wrongdoer.

When you are in positions of privileged access, like the system administrator for the intelligence community agencies, you are exposed to a lot more information and on a broader scale than an average employee. Because of that you see things that may be disturbing. Over the course of a normal person’s career, you would see only one or two of these instances. But when you have access to everything, you see them on a more frequent basis and you recognize that some of these things are actually abuses.

When you talk to people about abuse in a work place where abuse is the normal state of business, people tend not to take it very seriously. But over time the awareness of wrongdoing builds up and you feel compelled to talk about it. However, the more you talk about it, the more you are ignored, the more you are told it is not a problem until eventually you realize that these things need to be determined by the public and not by somebody who is simply hired by a government.

Snowden could have leaked the bad news anonymously, but he thinks that the public is owed an explanation of the motivations for the disclosures, especially by people who live outside of the democratic model.

When someone is subverting the power of a democratic government, that is fundamentally dangerous to democracy; ironically, the US government consistently subverts its own power. When its leaders want to benefit from the secret actions they took, they will tell the press about things that will help get the public on their side. But they rarely, if ever, inform the public when the abuse of power occurs. It falls to individual citizens to inform themselves.

Snowden is not different than anyone else. He is just another guy who sits day to day in his office, watching what is happening and thinking, “This is something that is not the agency’s place to decide. The public needs to decide whether these programs and policies are right or wrong.” Snowden is willing to go on record to defend the authenticity of his leaks.

Snowden could have people come after him; he is wanted by the CIA. That is a fear he will have to live with for the rest of his life; however long that happens to be. You can’t come forward against the world’s most powerful intelligence agencies and be completely free from risk. They are such powerful adversaries that no one can meaningfully oppose them. If they want to get you, they will get you in time. But, at the same time, you have to make a determination about what it is that is important to you. If living on freely but comfortably is something you are willing to accept, than you can get up every day, go to work, collect your large pay check for relatively little work but against the public interest, and go to sleep at night after watching your shows. But if you realize that is the world you helped create and it is going to get worse with future generations, who will extend the capabilities of this sort of architectural oppression, you realize that you might be willing to accept any risk; that it doesn’t matter what the outcome is so long as the public gets to make the decision as to how that’s applied.

WHY CHINA, APPARENT RIVAL OF THE U.S.?

There are some insertions regarding the choice by Snowden to seek shelter in Hong Kong.

The first is that China is an enemy of the US. It is not. There are conflicts between the US government and the Chinese government, but the people inherently don’t care. We trade with each other freely and we are not at war. We are not in an armed conflict. We are the largest trading partners out there.

Additionally, Hong Kong has a strong tradition of free speech. People think China is a great firewall. China does have significant restrictions on free speech, but the people of Hong Kong have a long tradition of protesting in the streets, of making their views known. Internet, for example, is not filtered in Hong Kong, not more than in the States.

WHAT IF SNOWDEN WANTED TO HARM THE U.S.?

Anyone with the position of access and with the technical capabilities that Snowden had could suck out secrets and pass them on the open market, to Russia, for example. They always have an open door, as the US does. Snowden had access to the entire intelligence community and undercover assets all around the world, the locations of every station, what their missions are and so forth. If he had just wanted to harm the US, he could have shut down the surveillance system in an afternoon, for example. But that does not seem to be his intention. For anyone making that argument, one needs to think if one was in that position; living a privileged life, living in Hawaii, in paradise, making a ton of money. What would it take to make you leave everything behind?

The greatest fear that Snowden has regarding the outcome for America in the wake of the exclosures about the NSA’s illegal surveillance of American citizens, is that nothing will change. That people will see in the media all these exclosures, they will know the length that the government is going to unilaterally grant themselves powers to create greater control over American society, and global society, but they will not be willing to take the risks necessary to stand up and fight to change things, to force their representatives to actually take a stand in their interests. Not only will nothing change, but months ahead, years ahead, it is only going to get worse, until eventually there will be a time where policies will change and a new leader elected. They’ll flip the switch, say that because of the crises, because of the dangers that we face in the world, or some new and unpredicted threat, they need more authority and more power, and there will be nothing that people can do at that point to oppose it It will be a turn-key tyranny.

After being exposed by Snowden, the powers that be are concerned with protecting themselves rather than correcting themselves. As I see it, this is a sign of a morally ill and emotionally disturbed organism. I would say that Snowden’s fear is far from baseless.

If one is not a philosopher, lover of truth or truth seeker, then any incongruous and morally unhealthy behavior is possible from such an individual. People of that character type should ideally not be allowed access to power such as governing. Plato said, “Until philosophers are kings (read “government”), or the kings and princes of this world have the spirit and power of philosophy, and political greatness and wisdom meet in one, and those commoner natures who pursue either to the exclusion of the other are compelled to stand aside, cities will never have rest from their evils,—nor the human race.” Here I am not dreaming about a utopia as I don’t expect perfection on the global level. When a civilization does not cultivate and promote philosophy and philosophers over business and businessmen, we should be surprised neither when the people in power, who are supposed to be the best of the best, our pride and honor, turn out to be no better than a band of crooks, nor when the public does not mind the crookedness enough to take the crooks down.

At the time of writing of this article, a German magazine Der Spiegel reported that the NSA had bugged European Union offices and gained access to EU internal computer networks where it was able to read documents and emails. United Nations offices were similarly targeted. This report, says Der Spiegel, are based on information provided by Mr. Snowden.

In Hanover, Germany, protests are held against NSA. Protesters displayed signs with Obama’s picture and the caption, “Yes we scan!”

At this time Mr. Snowden has left Hong Kong and taken a temporary shelter in Moscow, Russia, while Julian Assange, the founder of WikiLeaks, is assisting him in getting asylum in Ecuador. The United States has filed espionage charges against Edward Snowden.

It is a  beautiful view from this hill. I took this shot when traveling south on highway 5. When I first pulled into this…