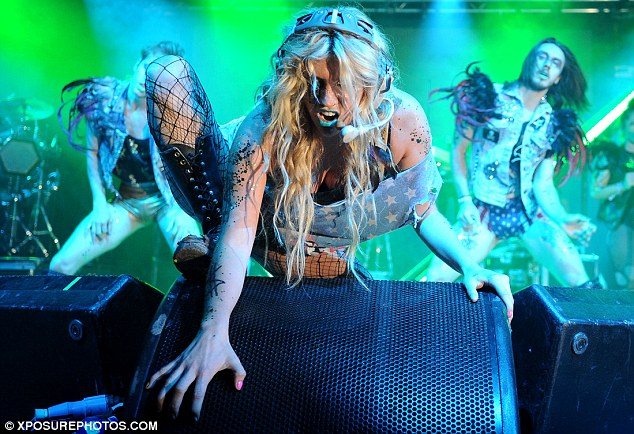 Many times we have heard the statement “money is the root of all evil.” However, it is not that money is the root of our wicked nature. It is just that, for many of us, money provides the symbolic measuring stick of how much personal power we have been able to acquire in this lifetime. If we look deeply into this ideology, we will see that actually this conception of life is the real root of all evil.

How much personal power do you have to purchase medicine, purchase legal defense, or purchase the privilege to sleep in a comfortable home? These are some of the items that come to mind when we reflect on our financial status. In contemporary times, money can give us the luxury to travel abroad, access many levels of education, etc. In other words, as soon as we have it, we conceptualize a life in which our options dramatically expand, and we hope it will in turn increase our personal sense of freedom, power and prestige.

Yet, it amazes me how people in the name of acquiring such power are willing to sell themselves as implicit slaves, only to experience the anticipation of increased power and freedom, rather than the actual attainment of it.

Meet the slaves of today. No longer are they bound by shackles and chains. There is a full variety of indentured servant positions to choose from: debt slaves, corporate slaves, government tax slaves, and the list goes on. And its purpose is to get a stack of paper back into the master’s pocket by buying the next version I-pad or another high-priced weekend trip to Disneyland; so we can sit back and have the sentimental feeling that we are advancing in life.

In America, there’s a talented young woman. She loves music, poetry, and artistic expression; she sees herself pursuing that passion as a way to attain higher self-expression. While growing up, everyone tells her that there her proclivities are valueless if she cannot eventually make a career out of it. So, she has to consider that information as her nature continues to drive her toward her life passion.

She starts a band, premiers as the lead singer, begins toiling for modern “success,” playing every gig she can until a producer for MTV comes one day and presents “the contract.” Champaign bottle pops, and she’s made it! She is a living success. She is a star. She is now rich and powerful according to modern standards, but wait a minute…. She’s ON CONTRACT. Now, to keep that high, holy position, she has to make an album that sells; then they give her a new songwriter, and a new fashion designer. She gets a total identity makeover. They replace the “s” with a dollar sign in her name. She is singing a repetitive “baby baby,” wearing a dog collar, and crawling on all fours in her latest music video because studies show that sexual innuendos and female degradation are what sells music.

Now tell me, where is the passion? Where is the artistic expression? Where is her soul? That’s modern success for you. They are going to give you stardom, entrepreneurship, money, fans, and jets, but you have to bark like a dog. You have to get on all fours in the music video and you’re not allowed to be you. You have to sing their songs and be whom they tell you to be. And after all that, then you’ll be rich and powerful.

Okay, what kind of power is that?

Music, art, and traditional craftsmanship have lost all intrinsic value today. If your talents have no connection to capitalism, business, or making a living in this country, then you are considered worthless to the system. If you cannot find some way to sell your mind, body, talents, your sex, everything for a silly stack of paper, then you’re not American. You are not normal; heck, you’re not even considered human. This is the ideology that is being taught today from every institutional platform.

In the world there are two people: the cheaters and the cheated. The cheaters of today are scientific experts at cheating you to think that you will have power and position, so you’ll be willing to sell your personal assets and work for peanuts. We see this trend not only in the music industry, but in every sphere of modern existence, we are starting to see this artificial emphasis on economic development as well.

This is the way the world now works. But if you analyze the cheaters, they themselves are ultimately being cheated and controlled. How? Because everyone is being controlled by the pull of their own senses, and we can see that their own insatiable lust for power and prestige will eventually drag them to a pathetic condition of life. Nature’s workings are so powerful that it makes an ass out of everybody, because in order to experience some sense of materialistic happiness, you must acquire a slave mentality to buy into the illusion that material objects are making you happy. Similarly, the donkey carries a giant load for a cruel master, hoping to get some grass when grass is available practically at every step.

Thus, the root of all evil is the love for terrestrial domination, and the foolish make themselves slaves in the pursuit of it.

What level of domination can we really achieve in this universe? Nature has us completely under her control. Every single person will die. At the time of death, everybody’s bank account is going to be the same; zero.

In the past, people used to have some conception of spirituality or a connection with God, or at least people had some conception of a higher power, and a higher reason for existence. That metaphysical aspect of human culture was not only good for regulation of criminal activity on a social level, but it encouraged people to perform acts for a higher purpose, and to search for a deep, meaningful purpose outside of their own selfish, immediate gratification.

The war against material nature is a false struggle for existence. We are not meant to struggle, to suffer and die; yet, we have been plunged into the world of cosmic law, which we are now bewildered by, and thus forced to express ourselves in a competitive struggle for survival.

People are locked away in an ideological prison that is separating them from understanding the fact that we are spiritual entities, and our real satisfaction does not lie in the shelter of materialistic comforts produced by the advancement of so-called modern scientists and political leaders.

The aspiration for financial security is really an aspiration based on fear; the fear of loss of identity. This particular fear is based on the idea that we are material entities. We are a bunch of atoms, molecules, and neurons have come together to create the person that we are, and when death comes, we will forever cease to exist.

If we are to change the hellish, animalistic society we currently live in and change the drastic course of the world, we must be willing to give up the ignorance of our spiritual nature. Thus, thinking that we are merely “biological survival programs,” we seek to control, exploit, and exemplify the Darwinian model of survival of the fittest. At the same time, ironically. we foolishly demand peace and prosperity.

In this paradigm, if we stop to care outside of the dollar and cents game, if we stop to care about others, and if we stop to think about if it is morally correct to sell our talents, bodies, and sex for profit, then we are crazy, we are outdated, and we are irrelevant in today’s world. Thus, for the success of the Darwinian model, we sell our soul, morals, and original quest for self-realization. In doing so, this expression known as evil, which is based on the ignorance of the eternal soul, collectively manifests into the selfish, dog-eat-dog world that we are now seeing. The world is thus becoming a manifestation of animalistic survival, where no one’s life is spared so another can gain just one more day of temporary, physical existence.

Yet, if we are sincere in trying to understand that we are a spiritual spark of divinity underneath an external covering of flesh, then we will do the needful to wake up to our spiritual heritage before it’s too late.