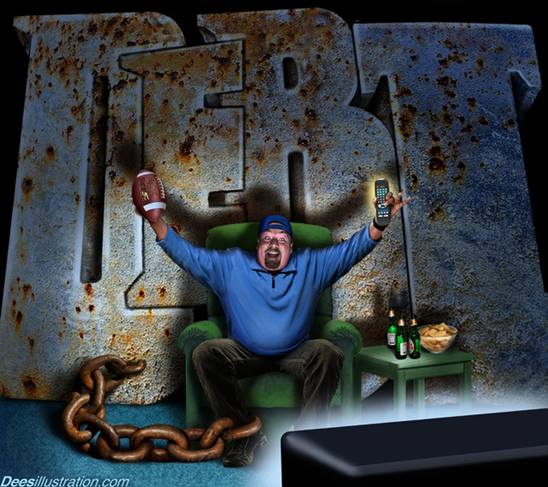 Ladies and Gentlemen we got him! Osama bin Laden is dead! USA! USA! USA! But being the stinker that I am, I feel a strange empty buyer’s remorse in my pocket. Flag waving aside; let’s add some critical perspective to this drama. Did we win? Because it really doesn’t feel like a victory. According to the 2008 article in Time Magazine The $1 Trillion Bill for Bush’s War on Terror if we withdraw from Iraq and Afghanistan by 2018 we’ll have spent between $1.3-1.7 of tax payer dollars. Let’s do a little cost benefit analysis of the War on Terror.

If you want to believe Osama Bin Laden planned 9/11 and spent a couple hundred thousand dollars to load planes with Jihadists and demolish the twin towers, you’ve gotta marvel at his astronomical return on investment. One “evil-genius,” scraps together less than 1 million dollars, cheaper than the cost of sending a soldier to Afghanistan for a year, and kills three thousand American civilians and we spend over a trillion and counting. WOW! Those corporate criminals down on Wall Street could learn a thing or two on how to get more bang for your buck from this guy. Oh yes! Bush and Dick had a Black Friday spending spree using our nation’s Chinese credit card to give diamond-encrusted blowjobs to defense contractors like Halliburton and Black Water.  Equally astonishing is this caveman eluded the most expensive, sophisticated military in the history of the world for a decade. We should have at least interrogated him on how he got away with it for so long and make it into Harvard business school lecture, titled How to Bleed a Super Power’s Economy pushing them Closer to Collapse.

Why are we really in Iraq and Afghanistan? Is it really because we care about Democracy and want to save poor countries thousands of miles away from the ravages of terrorism? Well if we gave a shit about people suffering from terror, we’d send troops to Juarez Mexico, where the police and civilians alike live in constant fear of getting executed on camera, or getting their heads cut off and hung naked from traffic lights, by the cartels that make millions supplying  “illegal” drugs to America. Well then its gotta be the oil. According to the CIA World Factbook the U.S consumes about 20 million barrels per day, multiplied 365 times  equals 7.3 billion barrels annually. God damn we’re thirsty. Iraq has about 112 billion barrels according to the US Energy Information Administration (EIA). Let’s crunch some basic math:  112/7.3 = 15. 3 years. So if things remain constant, and this information isn’t exaggerated to keep us from demanding efficient sustainable alternatives, our Muslim colony should keep us quenched for the next 15 years.  Great, that gives us a fix to procrastinate the inevitable peak oil crisis, dig ourselves deeper into a financial hole, and explain to our children how we gambled their future on a War that exclusively fed oil and defense giants, under the false banner of  national security. USA! USA! USA! We are currently $14.3 trillion in debt with each of the estimated 310 million people owing $46,174.25.

So on May 2 2011, if you raised a beer to the television, triumphantly rallied at the White House, or cathartically sobbed tears of joy at ground zero chanting USA! USA! Just remember who actually won the War On Terror. Open your empty wallets, take a long hard look at your maxed out credit cards, and then look in the mirror and tell yourself it was worth it. Yes, Osama Bin Laden is laughing down us from heaven surrounded by his 72 virgins, or up at us from hell where he burns for all eternity depending on which religious fantasy you subscribe, all the while waiting for his enablers Bush and Cheney.

Let me know your thoughts or contact me through  www.peterbrinkmann.com.

The blazing fire of desire.