The debate rages on, but before we take a side, we need to start re-evaluating the whole system.

Even as I write these words, a fierce debate is raging in our nation’s capital. Representatives from all over the United States, along with staffers, lobbyists, and citizens, are all scrambling to argue, persuade, negotiate, and protest to ensure that their viewpoint will prevail and become the law of the land. Red state or blue, conservative or liberal, everyone has their opinion and everyone wants to be heard. With a showdown looming in the next few days, tensions are rising and the squabbling has reached a fever pitch. Still, with billions of dollars and the health and well being of the country at stake, it is fair to ask if this is truly the best we can expect from our government. As Americans, we have been taught since early grade school to see this organized bickering as the glory of democracy. As a country, we champion the notion that the exchange of free ideas -— in a civil way or otherwise — leading to consensus is the pinnacle of governance. If no consensus can be reached, at least the will of the majority will prevail, and democracy will go on. After all, our strength as a nation rests in this system; with this back and forth that we call political due process we kindle the torch of our own liberty, holding it aloft to light the entire world and ward off the darkness of oppression and tyranny. It sounds glorious and beyond reproach, but a thoughtful person — and a responsible citizen — should ask two very important questions: Who is actually holding the torch, and are they qualified to lead the way?

“If for a moment we accept the version of reality that is presented in the Bhagavad-gita, we can see just how aimlessly the current ship of government is drifting upon the ocean of ignorance.”

These questions penetrate the very depth of the political debates that have been waged since human beings first organized themselves into governments. Power — and who should wield it — has enthralled philosophers and statesmen for centuries. For much of human history, power was invested in a king, or monarch. Over time, such kings proved more and more unequal to the task, and so the masses rebelled. There are famous slogans such as “Power corrupts, and absolute power corrupts absolutely.” Democracy is the natural reaction to the abuses of corrupt rulers. A system where power is reposed in the people prevents any one individual from becoming too powerful. Over the past two hundred years, with a few exceptions, the world has wholeheartedly embraced democracy. In fact, many philosophers and thinkers have given up the question of who should wield power. Citing the prosperity and stability of democracies like the United States, they agree that the question has been settled decisively. The effort now is to convince the last international holdouts to embrace democracy (along with free capital markets) and let the good times roll. But in their rush to assert the preeminence of democracy, a more fundamental question has gone unanswered: What are the qualifications of leadership?

If we consider this point very deeply, we can see how this is infinitely more pressing than understanding who should lead. In fact, the “who” will sort itself out if we understand the qualifications. Without understanding the qualities of leadership, it makes no difference who we install as the leaders. Is it worse to be led by one ignorant king or a thousand ignorant politicians? Sadly, this is the situation in the present world, and it is manifested in the dysfunctional political system that we observe every day. For several decades, many Americans have begun to see the hypocrisy and ineptitude of their government. Beginning with Watergate and culminating in the disastrous presidency of George W. Bush, scandals and embarrassments by political leaders have revealed how elected officials can be corrupt, petty, and incompetent. Still, owing to the weak alternatives — communism, monarchy, despotism, etc. — even thoughtful citizens who can see the cheating of their government are forced to accept the status quo because there is no better alternative.

Democracy was instituted to control hypocrisy and exploitation, but when it fails, as leaders fail us, what choice do we have?

Perhaps as important as understanding the qualifications of a leader is to understand the disqualifications of our present leaders. After all, a bleak picture has been painted of the current political landscape, and unfortunately it is not likely to change any time soon. So what then is the cause of their inadequacy? Simply put, it is ignorance. However, this ignorance is not merely ignorance of the facts of some particular issue like abortion or immigration. This ignorance is the fundamental spiritual kind, about the most important of all questions: Who am I? Practically every person holding political office today is ignorant of the answer to this basic question. If people do not understand who they are, how can they know what is actually in their self-interest? More importantly, if people don’t even know what is in their self-interest, how can we trust them to do what is in ours? 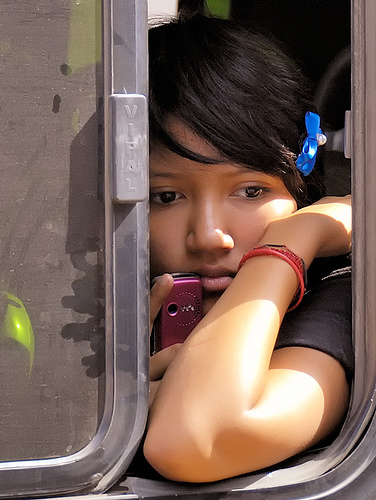 The Bhagavad-Gita, the great spiritual classic of India, offers definitive information on this most important question. Succinctly, the Gita asserts that we are not this material body made of bones, blood, and bile. In fact, the Bhagavad-Gita asserts that our true identity is purely spiritual and beyond the purview of this material world. We are all spiritual living entities. Although we inhabit temporary bodies made of matter, we are eternal. This is the most important knowledge a human being can possess, because it allows one to interact with the world properly. So long as we are ignorant of these spiritual ABC’s, all our endeavors in this world will be fraught with difficulty because they are undertaken under a false conception of our true nature.

Without a clear understanding of what we are, what is this universe, and in what direction we should strive, every issue will remain unsolved.

If for a moment we accept the version of reality that is presented in the Bhagavad–Gita, we can see just how aimlessly the current ship of government is drifting upon the ocean of ignorance. In the particular debate that is currently consuming Washington, both political parties are struggling with one another over the best way to provide healthcare for millions of Americans. Both parties, armed with their best intentions, facts, figures, and opinions, are trying to do what they believe is best for the country. Herein lies the problem, because in their attempts to do what is best for the nation they are considering only what is best for our material bodies — and so their understandings of “best” must compete with one another. Meanwhile, their spiritual ignorance has precluded any discussion of what is actually best for the spiritual entity dwelling within the body. Any debate or discussion that does not address this most fundamental need is simply a waste of time. It is like polishing a birdcage very nicely but neglecting to feed the bird.

The true need in this country — and all countries — is not healthcare reform but soulcare reform. Policies and laws should be crafted with spiritual understanding firmly in the forefront. Otherwise, the reforms that governments propose will lead only to greater suffering because they do not deal with people’s real needs, their spiritual needs. We require politicians to be fully equipped and conversant with spiritual knowledge in order to govern effectively. Only once the political leaders have become cognizant of their true spiritual identities will they be qualified to take up the torch and lead humanity. 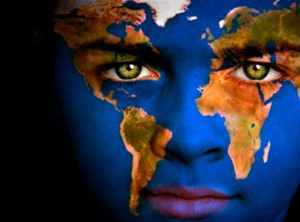 Seeing the kings of this earth busy trying to conquer her, the personified earth herself laughed.

“Just see how these kings, who are actually playthings in the hands of death, are desiring to conquer me.

“Although in the past great people and their descendants have left me, departing from this world in the same helpless way they came into it, even today foolish people are trying to conquer me.

“Great rulers of people, even those who are learned, meet frustration and failure because of material lust. Driven by lust, these kings place great hope and faith in the dead lump of flesh called the body, even though the ma-terial frame is as fleeting as bubbles of foam on water.”

Just what is the Bhagavad–gita? The Bhagavad-gita is the perfect theistic science because it is directly spoken by the Supreme Personality of Godhead, Sri  Krishna.

The Krishna consciousness movement is essential in human society, for it offers the highest perfection of life. How this is so is explained fully in the Bhagavad-gita.

A common person with all the defects of human frailty is unable to teach that which is worth hearing, but the Bhagavad-gita is above such literature.

“In the morning I bathe my intellect in the stupendous and cosmogonal philosophy of the Bhagavad-gita, in comparison with which our modern world and its literature seems puny.”
— Henry David Tho-reau (American Essayist, Poet and Philosopher, 1817–1862)

“The Bhagavad-gita is one of the most clear and comprehensive summaries of the perennial philosophy ever revealed; hence its enduring value not only to India but to all of humanity.”
— Aldous Huxley (American Writer and Humanist, 1894–1963)