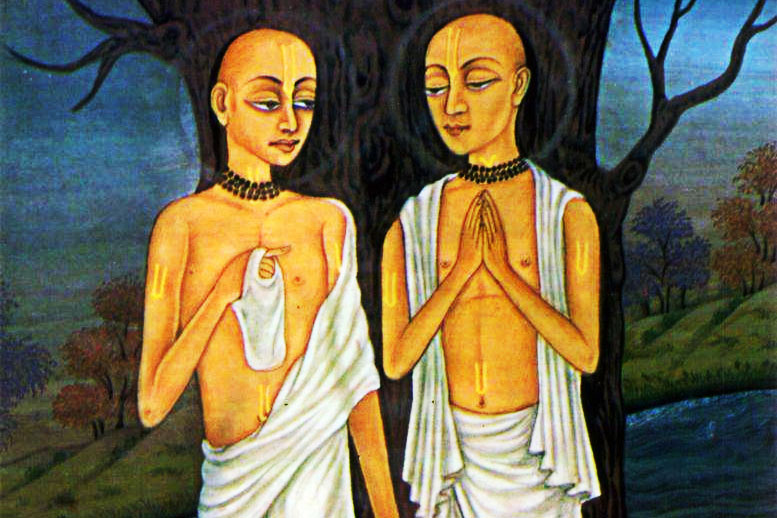 The necessities of life for the protection and comfort of the body must not be unnecessarily increased. Human energy is spoiled in a vain search after such illusory happiness. If one is able to lie down on the floor, then why should one endeavor to get a good bedstead or soft cushion to lie on? If one can rest without any pillow and make use of the soft arms endowed by nature, there is no necessity of searching after a pillow. If we make a study of the general life of the animals, we can see that they have no intelligence for building big houses, furniture, and other household paraphernalia, and yet they maintain a healthy life by lying down on the open land. They do not know how to cook or prepare foodstuff, yet they still live healthy lives more easily than the human being. This does not mean that human civilization should revert to animal life or that the human being should live naked in the jungles without any culture, education, and sense of morality. An intelligent human cannot live the life of an animal; rather, a human being should try to utilize his intelligence in arts and science, poetry and philosophy. In such a way he can further the progressive march of human civilization. But here the idea given by Srila Sukadeva Gosvami is that the reserve energy of human life, which is far superior to that of animals, should simply be utilized for self-realization. Advancement of human civilization must be towards the goal of establishing our lost relationship with God, which is not possible in any form of life other than the human. One must realize the nullity of the material phenomenon, considering it a passing phantasmagoria, and must endeavor to make a solution to the miseries of life. Self-complacence with a polished type of animal civilization geared to sense gratification is delusion, and such a “civilization” is not worthy of the name. In pursuit of such false activities, a human being is in the clutches of maya, or illusion. Great sages and saints in the days of yore were not living in palatial buildings furnished with good furniture and so-called amenities of life. They used to live in huts and groves and sit on the flat ground, and yet they have left immense treasures of high knowledge with all perfection. Srila Rupa Gosvami and Srila Sanatana Gosvami were high-ranking ministers of state, but they were able to leave behind them immense writings on transcendental knowledge, while residing only for one night underneath one tree. They did not live even two nights under the same tree, and what to speak of well-furnished rooms with modern amenities. And still they were able to give us most important literatures of self-realization. So-called comforts of life are not actually helpful for progressive civilization; rather, they can be detrimental to such progressive life.

On God and Higgs Particulars