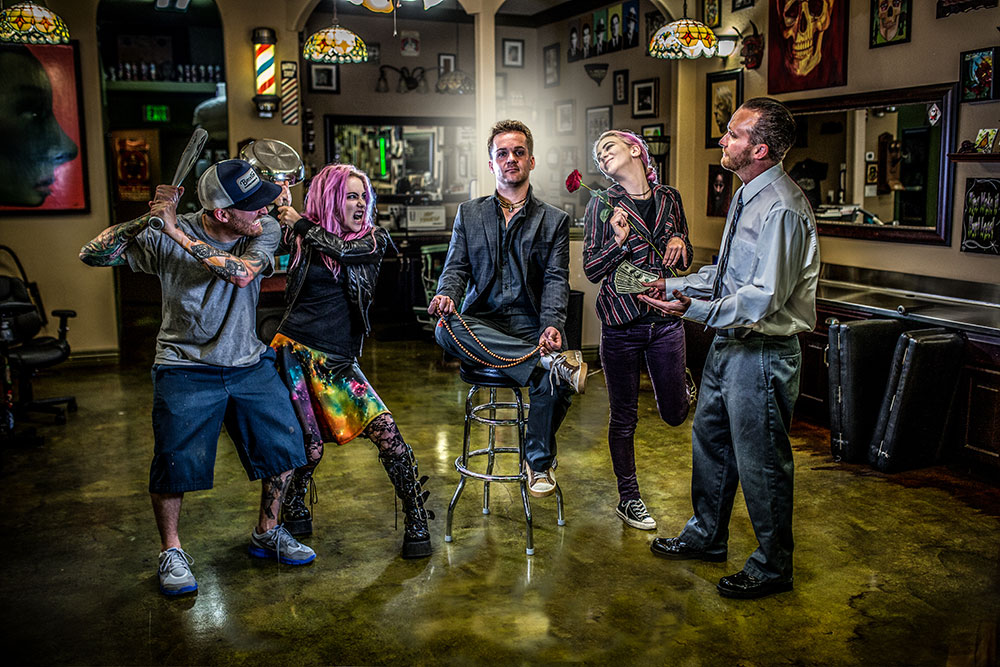 One has to transcend such dualities, but as long as this body is here these dualities will be here also. Insofar as one strives to get out of bodily conceptions—not out of the body but out of bodily conceptions—one has to learn to tolerate such dualities. In the second chapter of the Bhagavad-gita, Krishna informs Arjuna that the duality of distress and happiness is due to the body alone. It’s like a skin disease, or skin itch. Just because there is itching, one should not be mad to scratch it. We should not go mad or give up our duty just because mosquitoes bite us. There are so many dualities that one has to tolerate, but if the mind is fixed in Krishna consciousness, all these dualities will seem insignificant.

How can one tolerate such dualities?

“A person is said to be established in self-realization and is called a yogi (or mystic) when he is fully satisfied by virtue of acquired knowledge and realization. Such a person is situated in transcendence and is self-controlled. He sees everything—whether it be pebbles, stones or gold—as the same.” (Bhagavad-gita 6.8)

When a person is situated on the practical level of spiritual realization, it should be understood he is actually situated in yoga. It is not that one should continue to attend yoga classes and yet remain the same throughout his life; there must be practical realization. And what is the sign of that practical realization? The mind will be calm and quiet and no longer agitated by the attraction of the material world. Thus self-controlled, one is not attracted by the material glitter, and he sees everything—pebbles, stones, or gold—as the same. In the materialistic civilization, so much paraphernalia is produced just to satisfy the senses. These things are produced under the banner of material advancement. He who is situated in yoga sees such paraphernalia as simply rubbish in the street. Moreover,

“A person is said to be still further advanced when he regards all—the honest well-wisher, friends and enemies, the envious, the pious, the sinner, and those who are indifferent and impartial—with an equal mind.” (Bhagavad-gita 6.9)

There are different kinds of friends. There is suhrit, who is by nature a well-wisher and always desires one’s welfare. Mitra refers to an ordinary friend, and udasina is one who is neutral. In this material world someone may be my well-wisher, friend, or neither a friend nor an enemy, but neutral. Someone else may serve as a mediator between me and my enemies. One may also see someone as pious and another as sinful according to his own calculations. But when he is situated in transcendence, all of these—friends, enemies, or whatever—cease to exist. When one becomes actually learned, he does not see any enemy or any friend because in actuality “no one is my enemy, no one is my friend, no one is my father, no one is my mother, etc.” We are all simply living entities playing on a stage in the dress of father, mother, children, friend, enemy, sinner and saint, etc. It is like a great drama with so many characters playing their parts. However, on the stage a person may be an enemy or whatever, but off the stage all the actors are friends. Similarly, with these bodies we are playing on the stage of material nature, and we attach so many designations to one another. I may be thinking, “This is my son,” but in actuality I cannot beget any son. It is not possible. At the utmost I can only beget a body. It is not within any man’s power to beget a living entity. Merely by sexual intercourse a living entity cannot be begotten. The living entity must be placed in the emulsification of secretions. This is the verdict of Srimad Bhagavatam. Thus all the multifarious relationships between bodies are just so much stage play. One who is actually realized and has actually attained yoga no longer sees these bodily distinctions.