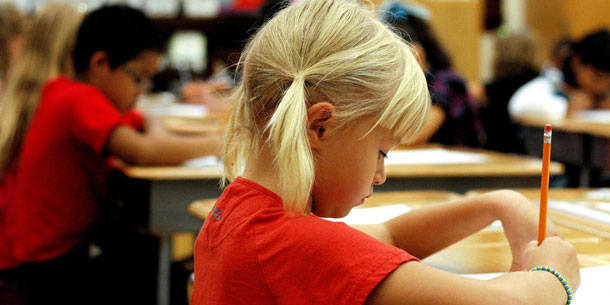 When addressing the people of Newtown, Connecticut, and the parents whose children were murdered because of an incident, the thought of which would boggle the mind of even the stone-hearted, President Obama read a passage from the Bible.

“Scripture tells us to not lose heart. Though outwardly we are wasting away, inwardly we are being renewed day by day. For our light and momentary troubles are achieving for us an eternal glory that far outweighs them all. So we fix our eyes on not what is seen, but on what is unseen. For what is seen is temporary and what it unseen is eternal. Now we know that if the earthly tent we live in is destroyed, we have a building from God, the eternal house in heaven, not built by human hands” (2 Corinthians 4:16-18, 5:1).

Clearly, when choosing this quote, our president was careful and sensitive enough to pick a passage that communicates a universal message, not a society or culture-specific one, but a passage that most spiritual and religious people would agree with.

I think our president chose a very appropriate message. What else could he have told them? What words could solace parents who lost their children, and lost them in such a tragic way?

“Please cheer up. We will give you each $100,000.” No! That is not a good message. That message would deeply offend everyone.

“Please cheer up, you can make new children.” Nope. Another horrible one.

“Please cheer up. Your children were merely a composition of chemical elements. There is nothing to lament about. The love for your children is not real. Emotions are nothing more than a product of chemical interaction in your brains.” Nope. It is not cutting it. Not at all. It would probably cause an international outcry.
Besides the spiritual message, I just don’t see what else one could say to the hurting people of Newtown. I think that the president’s message was also philosophically sound and deep.

Even though I was initially excited to hear such a beautiful message from our president, my next thoughts made me feel somewhat angry. Why are they not teaching this in schools? Why is spiritual thought not being taught in schools? Not only is it not being taught, but it is forbidden to teach spiritual science in the classrooms of America. By law, religion and State are separate.

Folks need to make up their minds. Which one is it? Is the spiritual thought real or illusory? If it is illusory, then our president, when addressing the people of Newtown, spoke a bunch of lies. If it is real, why does it not have a legal standing in the public lives of Americans? Did we make truth illegal?

That thing which is forbidden to teach in schools, when convenient, is publicly spoken to people by no less of an important figure than the country’s president. Such hypocrisy. When folks want it, it is real. When they don’t want it, it is not real. You can’t be sitting on two chairs. You have to pick one. Decide whether the essence of our identities is spiritual or physical.

Commenting on the YouTube video of Mr. Obama’s speech in Newtown, a woman by the name of Jill wrote, “Powerful speech. Now let us see if his actions match the words. He MUST stop the drone attacks that are senselessly slaughtering Afghan and Pakistani children every day. No more!!!”

Another woman, Rose, wrote, “What about protecting our children first?”

A fellow named Michael got very upset by this comment, “Noooooo! That is precisely the problem. All of the children of the world are the same. They do not choose which country they are born in.”
1990 Sanctions

In 1990, America placed economic sanctions on Iraq, and pressured other countries to do the same. Consequently, from 1990 to 2003, Iraq was not able to export or import nearly anything. Iraq is a desert country whose economy largely depends on the export of their oil and import of food and other goods. As result of these thirteen-year long sanctions, according to a UNICEF report, 500,000 children under the age of five died. The Lancet, a British medical journal, published the figure of 567,000 children.

Many Americans, including President Obama, their humanity shining through, cried over the deaths of the 20 children in Newtown. Yet, that same humanity was stalled when the American public tolerated and some, like Ms. Madeline Albright, former US Secretary of State, even approved of half a million deaths of children under the age of five. I wonder whether Ms. Albright would have said that the deaths of children were worth it had some of those children been her own, or at least American?

I just don’t see how the objective truth, not an arbitrary one, can ever be established without understanding the soul.

By material vision, beings are fundamentally different. By spiritual vision, beings are fundamentally equal and only peripherally different. The spiritual vision states that our physical bodies are different, but by our spiritual essence, the soul, we are all equal. The soul is not American, Afghan, Pakistani, or Iraqi. As long as one sees beings according to physical designations, one will be incapable of comprehending the universal justice and the objective truth. The only thing in common to all sentient beings is our spiritual essence, the soul. Unless this is being taught in schools and public places of education, justice and truth are not going to be possible. I cannot see how one can be a complete human without spiritual understanding.

The soul, like justice and truth, is universal. Yet we are not allowed to teach this in our schools.

What games do you think you can play here?