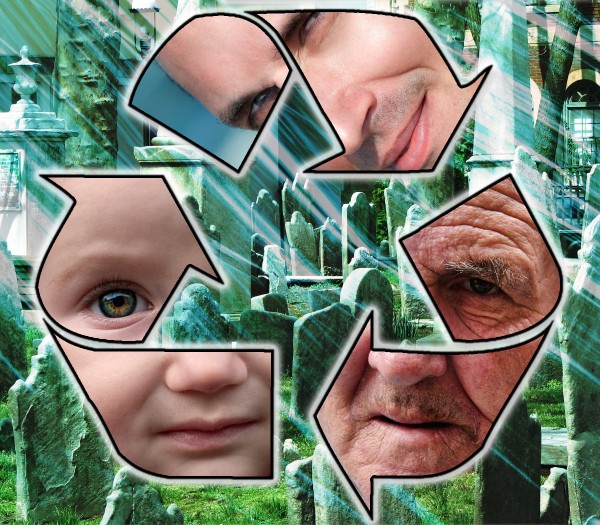 Thirty years ago, no one gave a damn. You could gum up a river with factory sludge, chop down rain forests wholesale, spray fluorocarbons into the air like a kid sprinkling confetti, and no one would say boo.

No longer. Grade-school kids want to grow up to be ecologists. New York tycoons sort their trash to recycle. Rock singers play concerts to save prairies and wetlands. Political candidates tell us they’re worried about the fate of the three-toed baboon.

Caring about the environment helps you feel good about yourself. At the supermarket you choose paper instead of plastic. You write your thank-you notes on cards made from ground-up newsprint and cotton waste. You chip in a few dollars for Greenpeace. Hey, you care about the earth. You’re a righteous human being.

Yet too often our concern for the earth lacks a metaphysical grounding. Intuitively, living in harmony with the earth feels right. If the earth is the house we’re going to live in, why litter the rooms with beer cans or pee all over the carpet?

But in an ultimate sense, so what? If life is just a series of chemi- cal reactions, what does it matter if the chemicals go messy? Spe- cies come and species go. Why get all mushy and teary-eyed if a few berserk bipeds wipe out some hundred thousand kinds of their neighbors? The earth may be our mother, but sooner or later she’s going to blow to atomic dusting powder anyway. And from a cosmic point of view that’s just a few mega-moments down the line. So why all the fuss?

You can say it’s for our children, it’s for future generations. But they’re also just a flash in eternity. Why bother for them?

Guardians of the green remind us urgently that dirtying and devouring the earth is short-sighted. But to be far-sighted we have to look beyond what seems clean, pleasant, and harmonious on a physical spot of earth on a brief ride through the universe. We have to ask ourselves not only how well we’re treating the earth but why we’re on it and where we are ultimately going. Otherwise, though ecologically aware, we’re metaphysically dead.

The Biggest Dog on the Block