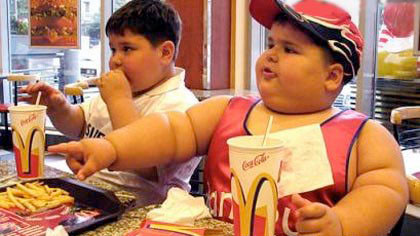 California’s Santa Clara County has passed a law forbidding McDonald’s from including toys in its Happy Meals:

In tune with the liberal, progressive and future-focused nature of its technologically proficient residents, Silicon Valley is already at the forefront of the food revolution in the US. Two years ago it became one of the first areas to force food chains to display the calorie count of each meal on menus and noticeboards, a move that was emulated in other areas, including New York city.

Now its board of supervisors…has moved to extend the attack on childhood obesity by banning a system that rewards children for eating unhealthy food. Ken Yeager, the supervisor who devised the ban, told the San Francisco Chronicle that the aim was to break “the link between unhealthy food and prizes”.

And this is great:

McDonald’s has said it was disappointed by the law as its Happy Meals provided important nutrients to children.

Because McDonald’s gives a damn about children’s health.

Between the Retire Ronald campaign and this new initiative against Happy Meals, we’re beginning to see McDonald’s efforts to market to children come under substantial pressure.