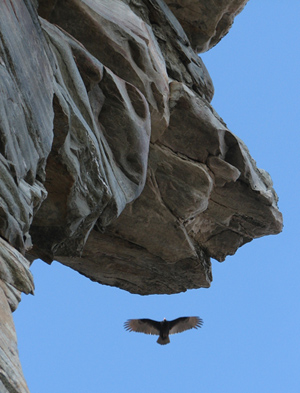 One day high up in the mountain retreat of Shiva, Visnu came to visit and left behind, at the entrance, His eaglelike carrier, Garuda.  While Garuda sat alone, marveling at the natural splendor of the place, his eyes fell on a beautiful creature—a small bird seated on the archway crowning the entrance to the retreat.  Garuda wondered aloud, “How marvelous is this creation! He who has created these lofty mountains has also made this tiny bird—and both seem equally wonderful.”

Just then Yamaraja, death personified, appeared on the scene for a meeting with Shiva. As he passed beneath the archway, his eyes also went to the bird, and he raised his brow in a quizzical expression—if only for a moment—and then he continued on his way.  Now, to those familiar with Yamaraja, even a slight glance by him is said to be the harbinger of death. Garuda, who’d observed Yama’s glance toward the bird, said to himself, “Yama’s looking intently at this bird can mean only one thing: the bird’s time is up. Most likely, on his way back, Yama will carry away the living entity who’s presently using the bird’s body, and provide him his next body.”

Garuda, also being in a bird-like body, was filled with pity for the helpless creature related to him in form. That the bird was oblivious of its own impending doom further agonized Garuda, and he resolved to save the bird from the clutches of death. And so he swooped it up in his mighty talons, rushed to a forest thousands of miles away, and left the bird on a rock beside a brook. Then, just as quickly, Garuda returned to Shiva’s retreat and regained his position at the entrance gate to wait for Visnu.

Shortly, Yama emerged from inside and nodded to Garuda in recognition. Garuda greeted death personified and said, “May I put a question to you? On your way in you saw a small bird, and for a moment you became pensive. Why?”  Yama answered him, “Well, when my eyes fell on the little bird, I saw that the jiva with the birdlike body was to leave his body [die] in just a few minutes. But I was puzzled, as that particular bird was to die by being swallowed by a great python some thousands of miles away from here in a forest, near a brook. And I wondered how this tiny bird would traverse the thousands of miles separating it from its destiny in such a short time. But then I ceased to think about it—but surely it must have already happened somehow.” After saying this, Yama smiled and went on his way.

From Bhagavad-gita As It Is (below) (Translation and purports by His Divine Grace A.C. Bhaktivedanta Swami Prabhupada)

“Those who are seers of the truth have concluded that for the non-existent [the material body] there is no endurance and of the eternal [the soul] there is no change. This is concluded by studying the nature of both.” —BG 2.16

“One who has taken his birth is sure to die, and after death one is sure to take birth again. Therefore, in the unavoidable discharge of your duty, you should not lament.” —BG 2.27 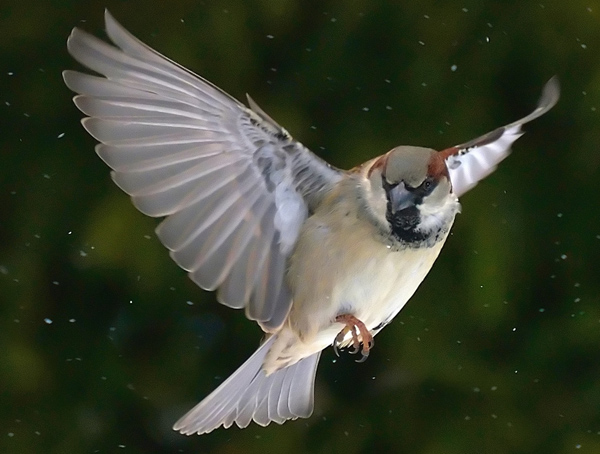